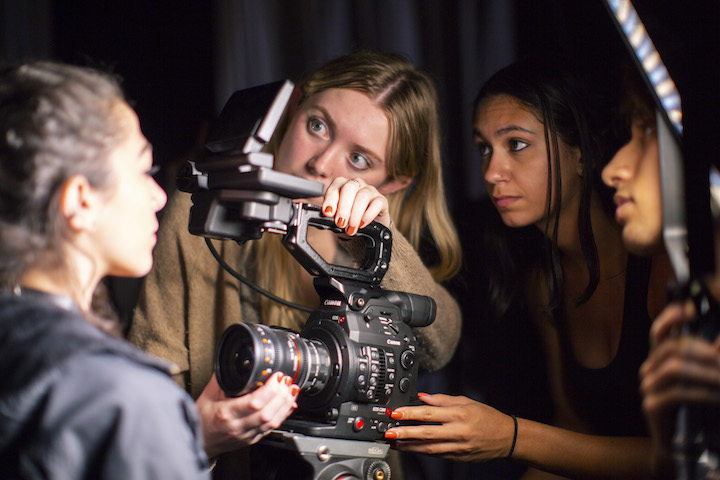 Cut to a great career

Study in New York City, a world capital of film and media. This program blends the hands-on practical skills of filmmaking with film history, theory, and criticism, providing a broad perspective on the moving image in all its aspects. Students explore the city's rich cultural and educational resources, including film series, festivals, museums, and art-house theaters.

You'll begin making films right from the start, mastering film and video production and developing visual storytelling skills for fiction and documentary films. For your final project, you will make a film, to be screened at an FIT film festival. You'll graduate prepared for careers in a wide range of fields, including digital and new media, advertising and marketing, journalism, and the arts.

In this program, you will:

Jackson Mooney, Film and Media second-year student, is featured on the Syracuse news. He is interviewed at a local movie theater as he films his AAS thesis film on the theater's reopening.

Things to See in NYC