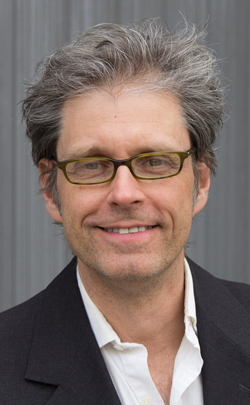 A specialist in modern and contemporary art with a focus on art theory and on Holocaust representation,
Andrew Weinstein has been a member of the Department since 1992. In addition to serving on various committees (Academic Standards, 2011-13; Admissions & Registration, 2009-11 as chair; Continuing Education, 2007-08; Counseling, 2005-06; Elections and Nominations, 2001-03; Library/Media, 2003-05 and 2011-13; Mentoring, 2006-07; Personnel Policies, 2000-01, and 2007-09 as chair and 2009-11 as consultant), Dr. Weinstein has presented papers at FIT through the Liberal Arts Roundtable program and Holocaust Remembrance Day commemorations. Outside of FIT, he has spoken at the Annual Scholars' Conference on the Holocaust and the Churches, the Association for Jewish Studies, the College Art Association, the International Congress of the Society for the Philosophical Study of Genocide and the Holocaust, and the Modern Language Association, and has lectured for the Museum of Modern Art, Oxford University, and Elderhostel. His criticism, essays, and fiction have appeared in  American Book Review ,  Bloomsbury Review ,  Boulevard ,  High Plains Literary Review ,  Milwaukee Journal-Sentinel ,  Philadelphia Inquirer ,  Studies in Short Fiction ,  zingmagazine  and other publications.

"From the Sublime to the Abject: Six Decades of Art." Absence/Presence: Critical Essays on the Artistic Memory of the Holocaust. Ed. Stephen C. Feinstein. Syracuse: Syracuse UP, 2005. 70-92.