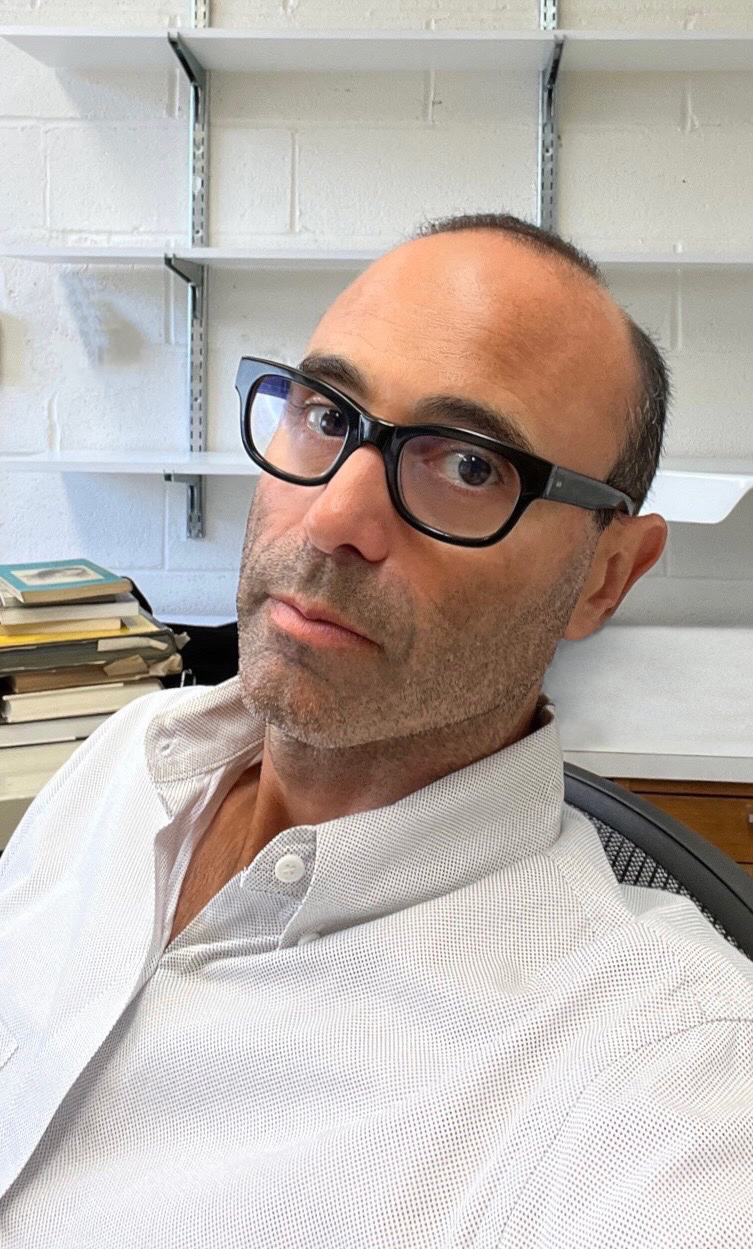 Dr. Drogin is a specialist in Italian Renaissance art and has been a member of the department since 2004. He is currently the department Chairperson. Dr. Drogin has lectured frequently in the United States and abroad, in venues such as the Metropolitan Museum of Art, the quadrennial Italian Renaissance Sculpture Conference, and annual conferences of the Renaissance Society of America and the Sixteenth Century Society. His current research and publications focus on fifteenth-century sculpture, Renaissance Bologna, and linear perspective in the work of Donatello. Dr. Drogin has also written and lectured about contemporary art. In 2009 he was recipient of the SUNY Chancellor's Award for Excellence in Teaching.

“The Body, Space, and Narrative in the Work of Early Fifteenth-Century Tuscan Sculptors," in The Art of Sculpture in Fifteenth-Century Italy, ed. Amy Bloch and Daniel Zolli (Cambridge: Cambridge University Press, 2020).

“Art and Patronage in Bologna’s Long Quattrocento,” in A Companion to Medieval and Renaissance Bologna, ed. Sarah Blanshei (Leiden: Brill, 2018).

“The Bentivoglio: Art, Patronage, and Emulation in Fifteenth-Century Bologna,” in Bologna: Cultural Crossroads from the Medieval to the Baroque, ed. Angela De Benedictis and Nicholas Terpstra (Bologna, 2013).

Co-editor and contributor (“Introduction” and “Professors to Princes: the Sculptural Patronage of the Bentivoglio Family in Bologna”), Sculpture and Italian Renaissance Patronage, ed. David Drogin and Kathleen Christian, pp. 1–21, 43–59. (Aldershot, 2010).

“The Mirror and Illicit Image: A 16th-Century Exemplar”
"The Mirror in Theory and Practice: New Perspectives on Old Questions” Conference
Vienna, June 17, 2021 [virtual]

“Michelangelo and Bologna: The Heritage of the Artist’s Visits in His Later Work,”
Sixteenth Century Society Conference
Vancouver, October 24, 2015

“Perspective in the Relief Sculpture of Donatello,”
In coordination with the exhibition, “Sculpture in the Age of Donatello: Renaissance Masterpieces from Florence Cathedral”
Museum of Biblical Art, New York, April 23, 2015

“The Body, Space, and Narrative in Early Fifteenth-Century Tuscan Sculpture,”
Invited participant, “Material/Immaterial: A Symposium on Fifteenth-Century Sculpture,”
In coordination with the exhibition, “Sculpture in the Age of Donatello: Renaissance Masterpieces from Florence Cathedral,”
Museum of Biblical Art, New York, February 21, 2015