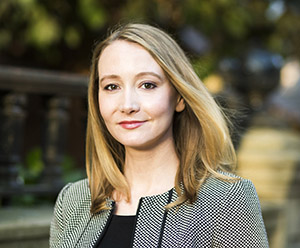 Natasha Degen is Professor and Chair of Art Market Studies. She earned an AB from Princeton University and a MPhil and PhD from the University of Cambridge, where she studied as a Gates Scholar. She is a recognized writer and critic, having contributed to publications including The New Yorker, The Financial Times, The New York Times, Artforum and frieze, and serves as a member of the Editorial Board for the Journal for Art Market Studies. Among other prizes, she received a $30,000 art criticism award from the Andy Warhol Foundation and a Luce Scholarship which sent her to Beijing for a year. She edited The Market (MIT Press, 2013), an interdisciplinary anthology tracing the art market's interaction with contemporary practice.