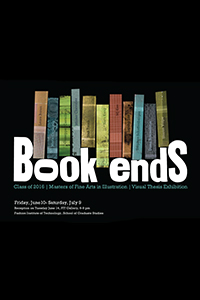 Bookends featured thesis work by 11 artists earning the Master of Fine Arts in Illustration. The title was meant to evoke not only those heavy objects that keep your books from falling down, but also the feeling you get when you read the last page of a book. Sometimes it’s a feeling of relief, of justice or of injustice, or sometimes sadness that the story has ended. Yet always, another book is waiting to be read.

Students in the MFA program develop their studio practice in drawing, painting, and digital media. They gain a broad perspective on the illustrator’s role, and work in a range of areas, such as animation, concept art, children’s books, graphic novels, murals, and reportage. Bookends signified an ending—the completion of a unique course of study by a group of graduate students—but also signaled a beginning: though one story is ending, new stories in the artistic journeys of these gifted illustrators have already begun. 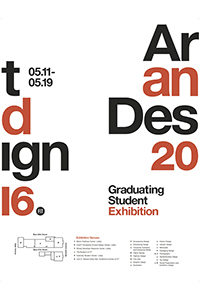 The projects on view were the culmination of each student's unique experience in FIT's undergraduate Art and Design programs and featured juried selections, thesis work, and award-winning projects. 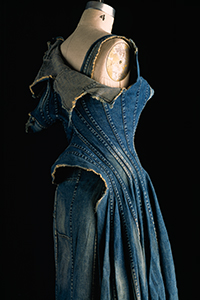 Denim: Fashion’s Frontier  explored the multifaceted history of denim and its relationship with high fashion from the 19th century to the present. The exhibition featured more than 70 objects from the museum's permanent collection, many of which have never been on view. In addition to the history of jeans, Denim examined a variety of denim garments — from work wear to haute couture — in order to shed new light on how a particular style of woven cotton has come to dominate the clothing industry and the way people dress around the globe. 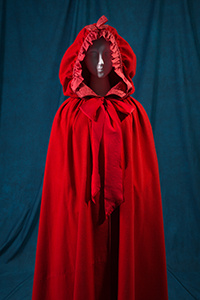 Fairy Tale Fashion was a unique and imaginative exhibition that examined fairy tales through the lens of high fashion. In versions of numerous fairy tales by authors such as Charles Perrault, the Brothers Grimm, and Hans Christian Andersen, it is evident that dress was often used to symbolize a character's transformation, vanity, power, or privilege. Organized by associate curator Colleen Hill, this exhibition featured more than 80 objects placed within dramatic, fantasy-like settings designed by architect Kim Ackert. Since fairy tales are not often set in a specific time period, Fairy Tale Fashion included garments and accessories dating from the 18th century to the present. There was a particular emphasis on extraordinary 21st-century fashions by designers such as Thom Browne, Dolce and Gabbana, Tom Ford, Giles, Mary Katrantzou, Marchesa, Alexander McQueen, Rick Owens, Prada, Rodarte, and Walter Van Beirendonck, among others. 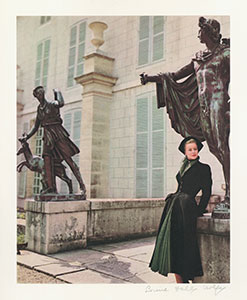 The Women of Harper's Bazaar, 1936–1958 explored the dynamic collaboration among Harper's Bazaar editor-in-chief Carmel Snow, fashion editor Diana Vreeland, and photographer Louise Dahl-Wolfe during their time at the magazine. Capturing a transformative period in the magazine's history, this was the first exhibition to focus on the interaction between these three individuals. Organized by the graduate students in the Fashion and Textile Studies: History, Theory, Museum Practice MA program, the exhibition drew from The Museum at FIT's extensive collection of Louise Dahl-Wolfe color photographs donated by the photographer herself. The exhibition presented 37 Louise Dahl-Wolfe photographs shown alongside nine garments by Christian Dior, Charles James, Mainbocher, Claire McCardell, and Carolyn Schnurer. Related materials such as behind-the-scene photographs further highlighted the creative process that made Harper's Bazaar the definitive fashion magazine of the time.

Model wearing the Mystère coat by Christian Dior in Paris at Malmaison, color proof, featured in Harper’s Bazaar, November 1947. Collection of The Museum at FIT. Photograph by Louise Dahl-Wolfe. © 1989 Center for Creative Photography, Arizona Board of Regents

Susanne Bartsch has been a highly visible player in New York City nightlife from the 1980s to the present. Her penchant for extreme fashion and make-up made her name the equivalent of a couture label for party people around the world. Born in Switzerland, she came to New York in 1981, via London and opened an influential boutique in Soho, featuring the work of young, cutting-edge English designers and milliners, such as John Galliano, Stephen Jones, and Leigh Bowery. In 1986, Bartsch organized her first party at Savage, a club underneath the Chelsea Hotel. Her parties at the Copacabana soon became known for their mix of uptown and downtown, gay and straight, high fashion, street style, and Mardi Gras extravaganza.

Fashion Underground: The World of Susanne Bartsch explored the creative links between her 30 years of sartorial self-expression and its influence on the global fashion scene. As Holly Brubach wrote in her 1991 New Yorker profile, "If there is a theme that runs through the various jobs Bartsch has held, it is perhaps a fascination with the way people present themselves with clothes and the part they play in peoples imagination." 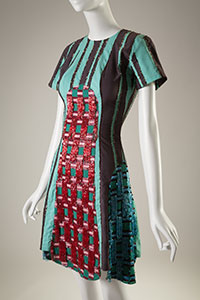 The globalization of fashion has given rise to new fashion cities that now annually host hundreds of fashion weeks around the world. Each city's cultural identity and particular economic, political, and social circumstances combine to elevate its designers to international prominence. Through over 70 objects, Global Fashion Capitals explored the history of the established fashion capitals — Paris, New York, Milan, and London — followed by Tokyo and Antwerp, and the emergence of 16 new fashion cities. Global Fashion Capitals aimed to broaden the understanding of what constitutes a fashion capital and to expand the dialog on the globalization of the fashion industry during the 21st century.