Valerie Steele Appears on America Inside Out With Katie Couric 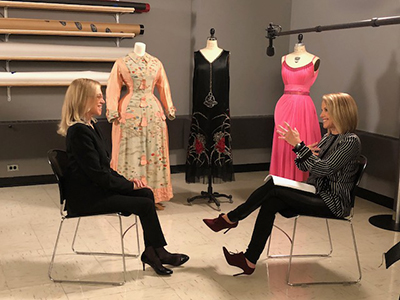 On May 16, Dr. Valerie Steele, MFIT director and chief curator, appeared on the finale episode of America Inside Out with Katie Couric , a documentary series, on the National Geographic Channel, that explored the most pivotal, contentious, and often confusing topics shaping American culture today.

The series finale — titled “The Age of Outrage” — investigated the concept of political correctness. In this episode, Couric sat down with Steele in New York to define and discuss cultural appropriation. “Cultural appropriation is nothing new. It’s been a part of the history of dress for hundreds, really thousands, of years,” Steele said.