Valerie Steele gives a brief lesson on the history of couture 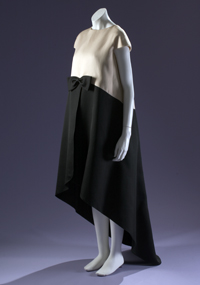 The luxury department store Barneys New York approached Valerie Steele to explain the history of couture to readers of their blog The Window.  Dr. Steele, MFIT's director and chief curator, spoke about the 19th century designer Charles Frederick Worth, touched on the designers at work leading up to World War II, framed the importance of mid-century French couture, and identified the latest designers who try to make something special. The fantasy and elegance of couture is timeless.