Home /  The Museum at FIT /  Exhibitions /  The Body: Fashion and Physique
In this section

The Body: Fashion and Physique

The fashionable body is a cultural construct that has shifted throughout history to emphasize different shapes and proportions. However, the fashionable ideal does not feel so fluid in daily life. It can appear to be a fixed expectation, affecting how we view and treat our bodies, as well as how we view the bodies of others. The Body: Fashion and Physique explored the complex history of the “ideal” fashion body and the variety of body shapes that have been considered fashionable from the eighteenth century to the present. The exhibition also examined the relationship between fashion and body politics. Garments were supplemented with images from the popular press, fashion media, film, and other sources to demonstrate how the fashion industry has contributed to both the marginalization and celebration of certain body types within our culture. 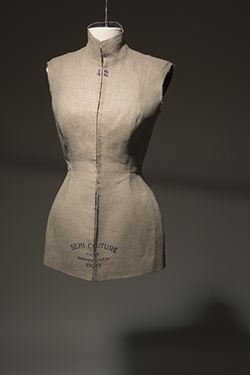 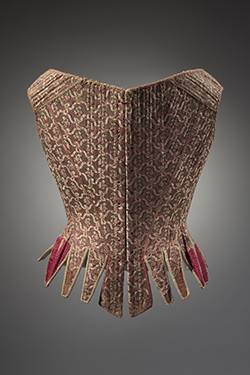 Stays, silk brocade, 1750-1760, England, museum purchase. 2016.8.2.
The fashion industry has historically treated the body (particularly the female body) as malleable, something that can be molded and changed with the cut of a garment, sculpting underwear, diet, exercise, and even plastic surgery, depending on the period. Before the twentieth century, the ideal female figure was a mature, curvaceous body, punctuated by a narrow waist. To emphasize the narrowness of their waists, women wore boned undergarments called corsets, or stays.
During the eighteenth century, stays were largely reserved for women and girls of the elite. Technological innovations during the nineteenth century made corsets available to a much wider demographic of women. By the end of the century, women of all classes were expected to wear them, including pregnant women. Skirt silhouettes changed a number of times during the nineteenth century to emphasize particular proportions. By the late 1850s, a hooped understructure called a crinoline allowed the diameter of a fashionable skirt to widen to an extraordinary degree creating an illusion of a narrow waist. During the 1870s, skirts became slim at the sides and front, yet protruded considerably at the back. Equipped with understructures known as “bustles,” they suggested the wearer had a full posterior. 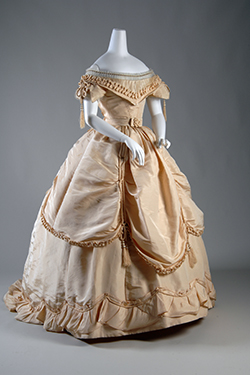 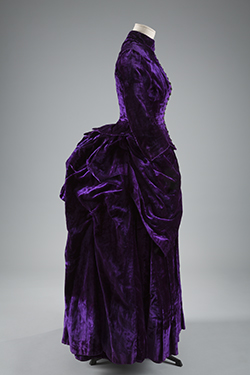 Dress, silk chiffon, satin, lace, velvet, and fur, circa 1913, USA, museum purchase. 2014.48.3.
At the start of the twentieth century, the female body ideal began to shift from a soft, curvaceous figure to a thinner, younger physique — what Dr. Valerie Steele, director of The Museum at FIT, has described as the change “from an opulent Venus to a slender, athletic Diana.” Women were increasingly encouraged to exercise and engage in sports. Garments grew looser and shorter, and boned corsets were replaced with stretchy foundation garments known as girdles. Girdles used elastic and rubber, which allowed for greater movement, but still compressed the wearer’s flesh, altering her physical appearance.
The silhouette of fashionable garments shifted throughout the first half of the twentieth century. The short, loose styles of the 1920s gave way to long, body-skimming gowns during the 1930s. Strong, padded shoulders dominated during. the early 1940s and were replaced by narrow- shouldered, full-skirted ensembles by the 1950s. The fashionable physique remained slender, as evidenced in fashion magazines, which continually recommended wearing foundation garments and keeping a regimen of light diet and exercise to attain (and maintain) the ideal fashion shape. 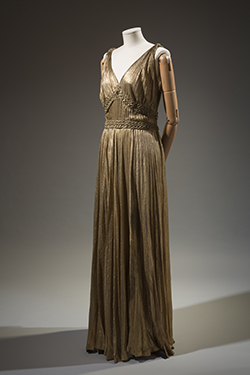 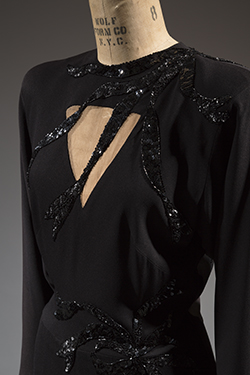 Christian Dior, dress, silk satin, 1951, France, gift of Despina Messinesi. 75.227.41.
During the 1960s and 1970s, the fashionable ideal became increasingly young and thin, epitomized by the model Twiggy. Designers began making clothes that were more body-revealing, rejecting girdles and other foundation garments. This gave rise to a dieting craze, and by the 1980s, a new culture of physical fitness had begun to develop around aerobics. The ideal became a hard, muscular body for both men and women, which designers such as Jean Paul Gaultier and Thierry Mugler emphasized in different ways. 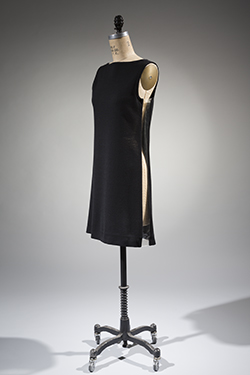 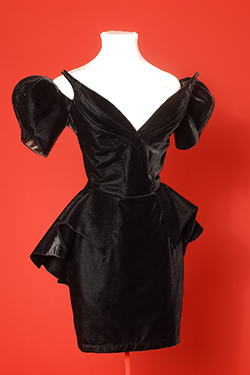 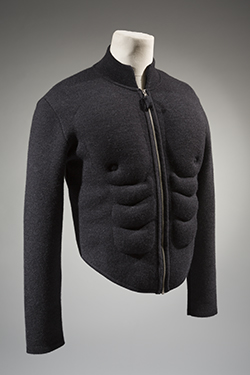 Jean Paul Gaultier, sweater, wool, 1991, France, gift of Richard Martin. 91.256.1.
Concerns about obesity have been on the rise since the 1980s, which has likely influenced body ideals, making the extreme opposite more desirable. Thus the toned body gave way to a waifish ideal during the 1990s. Teenage model Kate Moss (nicknamed “the waif”) pioneered the look in provocative ads that ignited a fashion photography aesthetic dubbed “heroin chic” for the gaunt appearances of the models.
Since the start of the twenty-first century, some brands have attempted to achieve greater diversity, yet most runway models continue to be thin white girls. But the internet and social media have changed the way people engage with fashion. The industry has opened up to a growing cross section of people, and certain designers have embraced a diverse view, including Becca McCharen-Tran of Chromat and Christian Siriano. On the runway, they use models from across races and sizes, including transgender models and some who wear prosthetics. They also produce their lines in a variety of sizes, rejecting “straight” and “plus” divisions. They are setting an example for the industry with the message that all bodies are beautiful and deserve to be included in fashion. 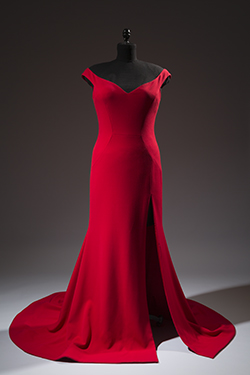