Minimalism/Maximalism was the first exhibition devoted to the historical interplay of minimalist and maximalist aesthetics as expressed through high fashion. 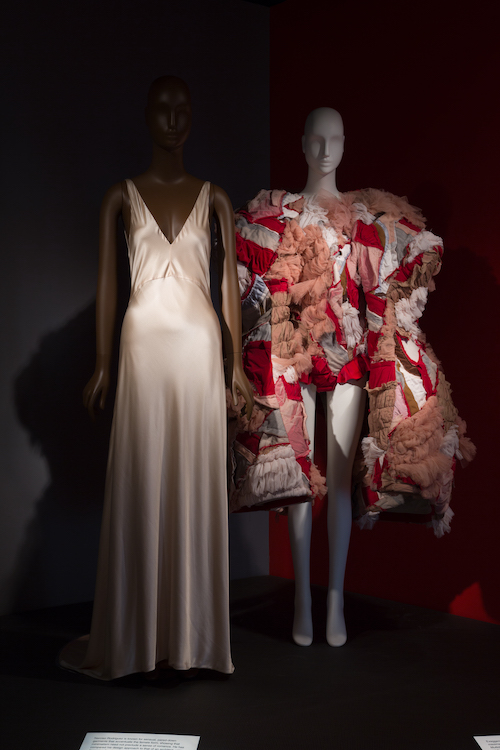 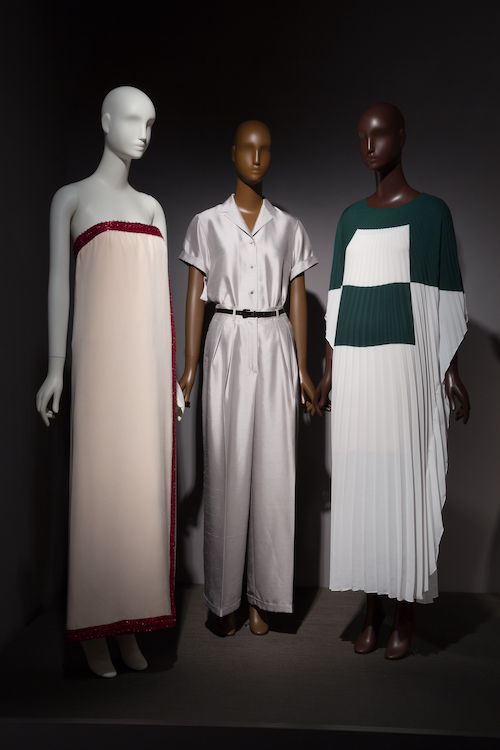 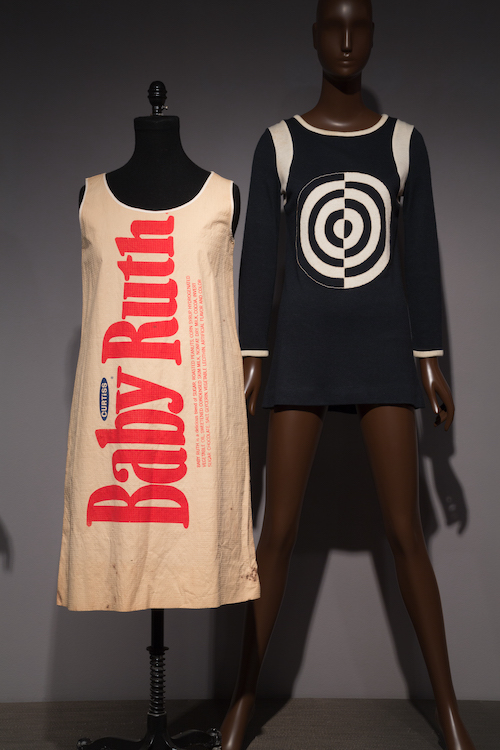 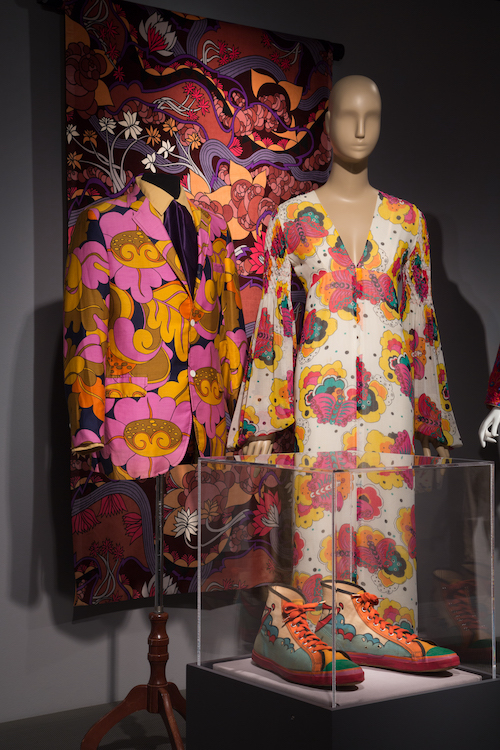 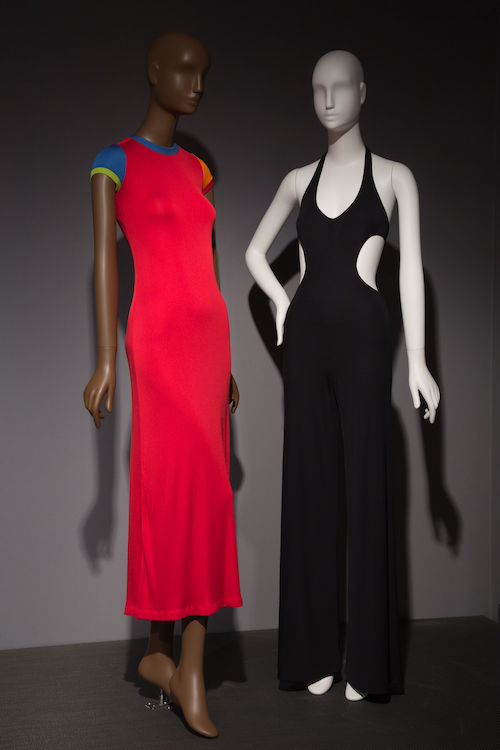 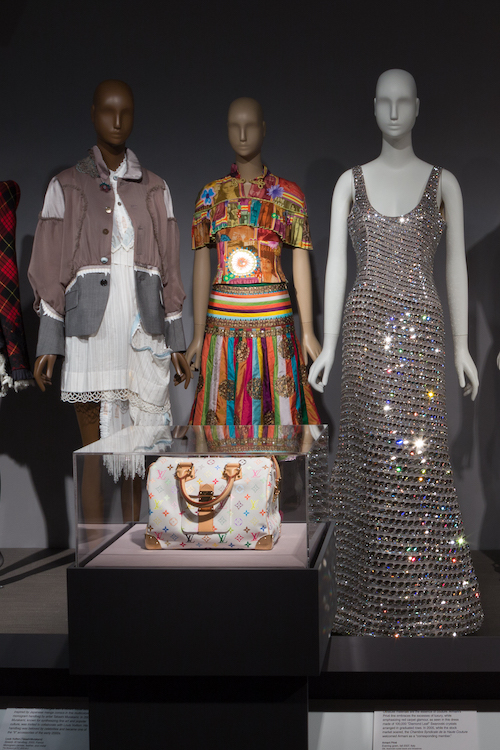 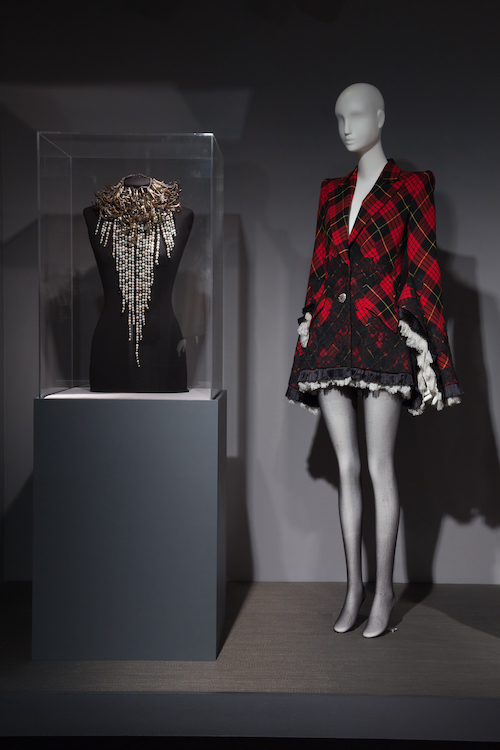 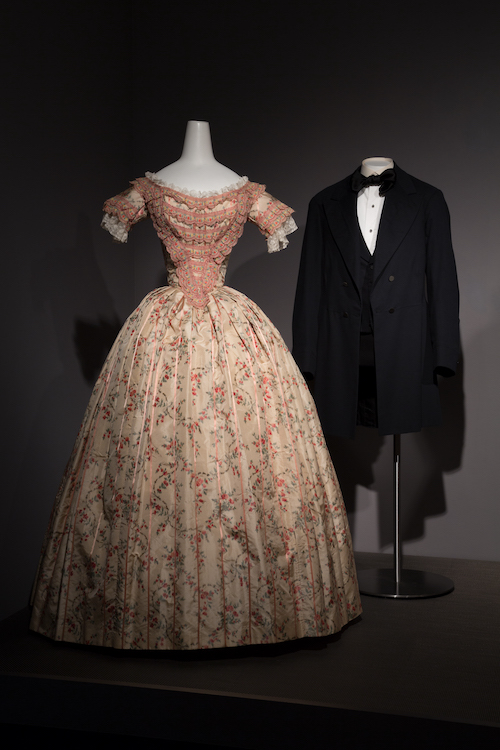 Sir Issac Newton’s third law of motion states that for every action, there is an equal and opposite reaction. Similarly, every fashion movement is a response to what came before it, perpetuating a design cycle that alternates between exuberant and restrained. Sartorial expression ranges from minimalist to maximalist, with some designers identifying almost exclusively with one aesthetic over the other. Calvin Klein, for instance, was known for fashion minimalism, while Christian Lacroix was famous for his elaborate maximalist fashions.

Minimalism/Maximalism was the first exhibition devoted to the historical interplay of minimalist and maximalist aesthetics as expressed through high fashion. The exhibition began with the eighteenth century and proceeded through the history of fashion, examining relationships between the two aesthetics that have moved fashion forward.

Minimalist and maximalist fashions represent extremes on a design continuum. Both, however, seek to challenge perception and, as mediums of cultural expression, are linked to the times in which they occur. Minimalism and maximalism differ in their design approaches, but connect to broader movements of sociocultural, economic, and technological change. As they adapt to new eras, each stimulates and defines the other.

Minimalism— the aesthetic of "less is more" — celebrates purity and restraint, promoting qualities such as truth, order, and harmony. Calvin Klein explained minimalism as "a philosophy that involves an overall sense of balance, knowing when to take away, subtract." Minimalist fashions prioritize reduction and function, using clean lines and silhouettes  to accentuate the relationship between body and garment. As Donald Judd aptly described it, minimalism is the "simple expression of a complex thought." Minimalist designs do not eschew ornamentation outright, but often employ it to enhance structure and construction. Gilbert Adrian, known for broad-shouldered suits based on the austere lines of menswear, manipulated pattern to render garments that stimulate the viewer's interest

Maximalism revels in spectacle. Its beauty lies in excess and eclecticism. "I believe in Maximalism," proclaimed Lacroix. "Minimalism has never had a place for couture clients." Throughout history, maximalist fashion has been associated with extravagance, artifice, and non-functional style. Eighteenth-century Rococo fashion, for example, projected an ethos of "more is best." As a journalistic term, "maximalism" is often used in reference to audacious, intricate aesthetics or exaggerated silhouettes. However, maximalist fashions may also embrace varied visual references to synthesize new meaning. Composer David Jaffe explained maximalism as "embrac[ing] heterogeneity and allow[ing] for complex systems of juxtaposition and collusion." While it is not associated with a definitive art movement, "maximalism" was used by art critic Robert Pincus-Witten to characterize a reaction to minimalist and post-minimalist art.

Examining the history of fashion, we discern alternating periods of excess and restraint. During the early twentieth century, the minimalist aesthetic of streamlined wartime fashions and Coco Chanel’s modernist jersey knitwear were reactions to the extreme silhouettes and ornamentation of Belle Epoque fashion. Similarly, the ostentatious glamour and self-confidence that took hold in the 1980s — realized in a variety of extravagant looks by designers such as Thierry Mugler and Gianni Versace — was countered during the 1990s by the austerity of designs by Helmut Lang and Martin Margiela, and by the "Invisible luxury" of Prada.

The line between fashions we consider minimal or those we think of as maximal can be quite fine. Inspired by the grandeur of the couture, Raf Simons's spring 2011 collection for Jil Sander explored the boundaries between minimalism and maximalism. "It almost challenged me to the opposite, to do the idea of maximalism," he admitted to Women’s Wear Daily.

As the exhibition progressed into the second half of the 20th century, it turned to the emergence of minimalism as an art movement across media. Designer Michael Mott echoed the reductive approach of Minimalist art with a 1960s black-and-white mini-dress created for the boutique Paraphernalia. Andre Courrèges's white Space Age dress alluded to youth culture and optimism for the future; it is characterized by a streamlined silhouette and monochromatic palate typically associated with minimalist fashion. By the end of the decade, the psychedelic movement was promoting a maximalist sensory experience — often through the use of mind-altering drugs — that found expression in fashion, as seen in a maxi-dress by Thea Porter.

Today, fashion is in the midst of a maximalist revival, after years of a decidedly minimalist movement championed by the likes of Phoebe Philo, formerly of Celine. Modern designers such as Richard Quinn are experimenting with pattern, volume, and proportion. The popularity of Balenciaga's supersize "Triple S" sneaker is a sign that fashion is having a maximalist, "bigger equals better" moment. Yet even now, fashion trendsetters predict the imminent resurgence of minimalism.

Minimalist and maximalist aesthetics appeal to fashion designers throughout the globe. Fashion cycles are accelerating as trends are driven by a multitude of sources, from social media platforms to celebrity "influencers," fashion editors, and bloggers. Irrespective of design aesthetic, recent collections have shown that this is not a time for quiet clothes. In 2018, journalist Alexander Fury described the spring collections as "hysterical, scatterbrained, and lunging toward extreme opposites . . . just as global political parties have become more polarized themselves. The collections telegraph post- national, post-history, and post-internet ideas." As designers continue to redefine minimalist and maximalist fashion, this exhibition invited visitors to explore the history of these shifting aesthetics, so that the past may illuminate the present.

Sir Issac Newton’s third law of motion states that for every action, there is an equal and opposite reaction. Similarly, every fashion movement is a response to what came before it, perpetuating a design cycle that alternates between exuberant and restrained. 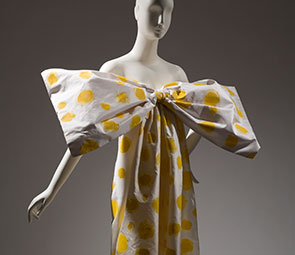 Curator of education and research at The Museum at FIT, Melissa Marra-Alvarez, writes about how minimalist and maximalist aesthetics appeal to fashion designers throughout the globe.
Learn More

This year’s workshop was a collaboration between students from the Fashion Institute of Technology and peers from LASALLE College of the Arts, who through sharing ideas and inspirations via an online platform, created fashion-based projects that expressed their interpretations of Minimalism and Maximalism.
View Event Photos
Past MFIT Events