Mandela: The Inspirational Style of a Revolutionary Statesman and World Leader

Nelson Mandela’s “Madiba” shirts were dramatically different  from the conventional western suits worn by most politicians in South Africa and around the world. 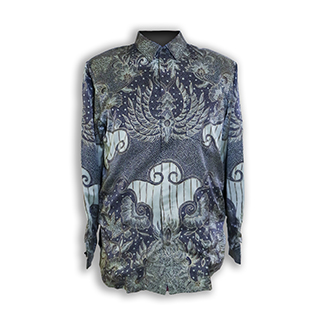 Made of brightly-patterned silk, Mandela’s Madiba shirts became emblematic of post-apartheid freedom, and were particularly meaningful to the Black majority of South Africans.
Related Events
Jan
28

"Mandela: The Inspirational Style of a Revolutionary Statesman and World Leader" preceded the Nelson Mandela Auction that Guernsey’s will be conducting in January on behalf of the Mandela family. Proceeds from the auction will be used to build the Mandela Memorial Garden encompassing the beloved leader’s South African burial site.
Auction Website

Nelson Mandela’s “Madiba” shirts were dramatically different  from the conventional western suits worn by most politicians in South Africa and around the world. They were also the opposite of the hateful, drab prison garb that he was forced to wear for almost three decades. Made of brightly-patterned silk, Mandela’s Madiba shirts became emblematic of post-apartheid freedom, and were particularly meaningful to the Black majority of South Africans. Madiba was a term of affection used to refer to Mandela, as when Desmond Tutu said:  “Like a most precious diamond honed deep beneath the surface of the earth, the Madiba who emerged from prison in January 1990 was virtually flawless.”

"My grandfather Nelson Mandela was introduced to this style of dress when he was freed from prison in 1990 and was given batik printed shirts by Indonesian President Suharto,” recalls Tukwini Mandela.  “He went on to wear shirts by South African designers such as Sonwabile Ndamase and Desre Buirski. He opted to wear these shirts because he did not want to be confined by a suit and tie. Africa’s climate is very hot and he wanted something that was elegant and easy to wear, that would reflect the bright colors of Africa and his easy, laid back leadership style.”

The origins of the Madiba shirt go back to the first years of Indonesia’s independence, when the country’s first president, Sukarno, promoted batik shirts as a symbol of national independence. Kwame Nkrumah, Ghana’s first president, adopted striped batakari shirts, kente cloth, and later also Zhou Enlai jackets. Around the world, formerly colonized peoples were launching wars of national liberation against imperialist powers. Clothing became a highly visible symbol of this yearning for freedom in many countries.

The leaders of national liberation movements sometimes chose to wear suits and ties as a sign of equality with western leaders, and one of Mandela’s suits is on display at the entrance to the gallery. But their interest in alternative styles is significant. Mandela’s preference for Madiba shirts clearly demonstrates both his rejection of western conventions of power and his ties with all those who struggled against apartheid and colonialism.

We would like to thank Tukwini Mandela and her mother Maki Mandela for permitting us to exhibit Nelson Mandela’s Madiba shirts and one of his suits. Far from being simply stylish, these garments are deeply meaningful artifacts of history and human courage. We would also like to thank Arlan Ettinger, president of Guernsey’s Auction House, which will be selling these and other historic objects to raise funds for a Nelson Mandela Memorial Garden in South Africa.