There have been past exhibitions about individual black fashion designers, such as Stephen Burrows and Patrick Kelly, but this exhibition explored the experiences of several generations of fashion designers of African descent from the 1950s to the present. The curators acknowledged the problem of using race as a lens through which to view fashion design. Fashion journalist Robin Givhan addressed the implications of such categorization when she described the Pyer Moss spring 2016 collection by designer Kerby Jean-Raymond: "It was a startling and emotional reflection of Jean-Raymond's fatigue over being described as a 'black' designer. Not because he isn't proud of his heritage and not because he doesn't bring his full self to his work, but because the nomenclature is limiting."

Yet because Black designers have too often gone unrecognized and underrepresented, there is much to be learned from such an exhibition, about the challenges faced by Black designers and how their experiences have changed over time. Even today, they make up only about one percent of the designers covered by VogueRunway.com, the most comprehensive online site for viewing collections from fashion weeks around the world.

The designers featured in Black Fashion Designers work in a diverse range of individual styles; they do not all speak in one voice. The exhibition drew exclusively from the permanent collection of The Museum at FIT and was organized according to categories and themes, such as eveningwear, menswear, street style, experimental fashion, and African influences.

Black fashion designers began to gain recognition during the late 1940s, even while still segregated within the fashion industry. A section of the exhibition devoted to black designers breaking into the industry featured work by New York-based Zelda Wynn Valdes and Ann Lowe, who created custom-made gowns for society women and celebrities. They represented the transition from nineteenth-century dressmaking traditions that encompassed countless, unnamed black dressmakers, to the modern conception of a fashion designer. Designers such as Arthur McGee, Wesley Tann, and Jon Weston worked for New York manufacturers before establishing their own businesses. For example, Weston, an FIT alumnus, started his ready-to-wear company in the mid-1960s, stating, "I'd gone as far as I could go on Seventh Avenue; it wasn't growing with me."

By the 1970s, however, as Willi Smith later recalled, "There was this tremendous exposure given to designers based on their blackness." Indeed, the fashion press made a point of reporting on black designers of that era, such as Stephen Burrows and Scott Barrie, who became well-known for their body-conscious styles. As wary of the label "black designer" then as Kerby Jean-Raymond is today, Smith added, "When the hype was over, people thought there were no more black designers. In a way it's a blessing. Now we can get on with being what we are: designers."

Visibility also increased for black models. Events such as the annual Ebony Fashion Fair gave them a national platform, while energetic performances by African American models at the 1973 "Battle of Versailles" fashion show in France captured international attention.

Black designers take inspiration from many sources, but may not necessarily address race in their work. Eric Gaskins, who trained under couturier Hubert de Givenchy, creates eveningwear in the tradition of the French haute couture. His white gown was intricately beaded to mimic the brush strokes seen in Franz Kline's paintings. The father-son duo at Casely-Hayford incorporated elements of anarchy into traditional British fine tailoring to create a modern menswear aesthetic.

The black experience does prominently figure in the work of other designers featured in the exhibition. Paris-based Patrick Kelly, for instance, drew inspiration from his American Southern roots. The colorful buttons on his knit dress reference the mismatched buttons his grandmother used to mend his family's clothing. Duro Olowu, a Nigerian-Jamaican, London-based designer draws on multiple cultural perspectives and emphasizes Africa's historic role in cultural production and international trade.

A section of the exhibition devoted to activism comprised of fashions that send political and social messages. For example, a cover image of the anti-apartheid magazine Drum adorns an ensemble by South African designer Nkhensani Nkosi of Stoned Cherrie, and a Kerby Jean-Raymond ensemble inspired by Ota Benga, a nineteenth-century African who was caged at the Monkey House in the Bronx Zoo, expresses Jean-Raymond's frustration at being labeled and pigeon-holed, as not only a black designer, but also a black person.

Black Fashion Designers was organized by Ariele Elia, assistant curator of Costume and Textiles, and Elizabeth Way, curatorial assistant, The Museum at FIT. The curators were supported by an advisory committee of scholars and fashion professionals, some of whom participated in the exhibition's symposium, cellphone tour, and Fashion Culture program series.

Black fashion designers do not all speak in one voice

The designers featured in Black Fashion Designers work in a diverse range of individual styles. This exhibition explored the experiences of several generations of fashion designers of African descent from the 1950s to the present. 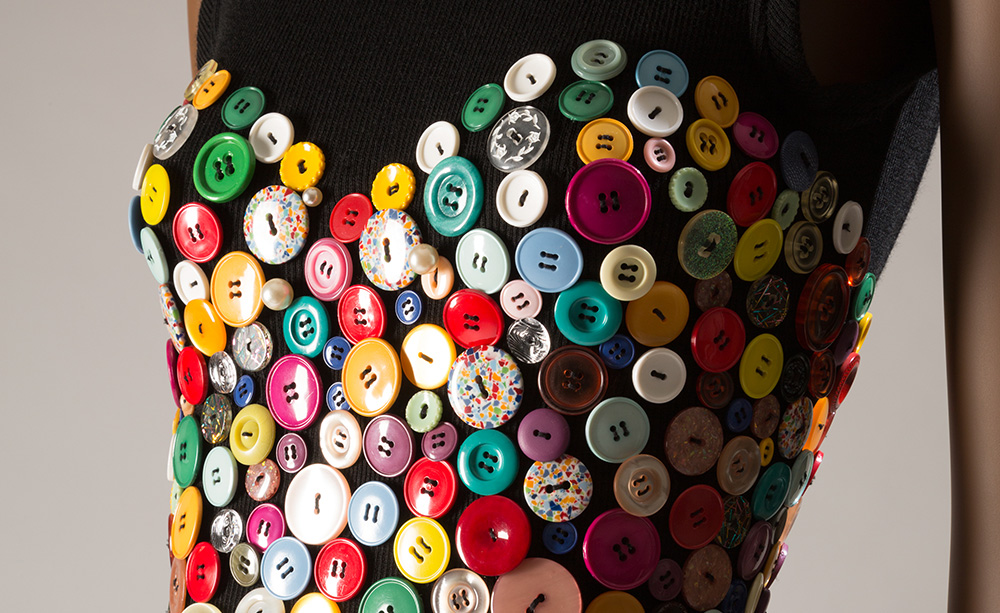 Between the Lines: Model Behavior with Pat Cleveland and Coco Mitchell 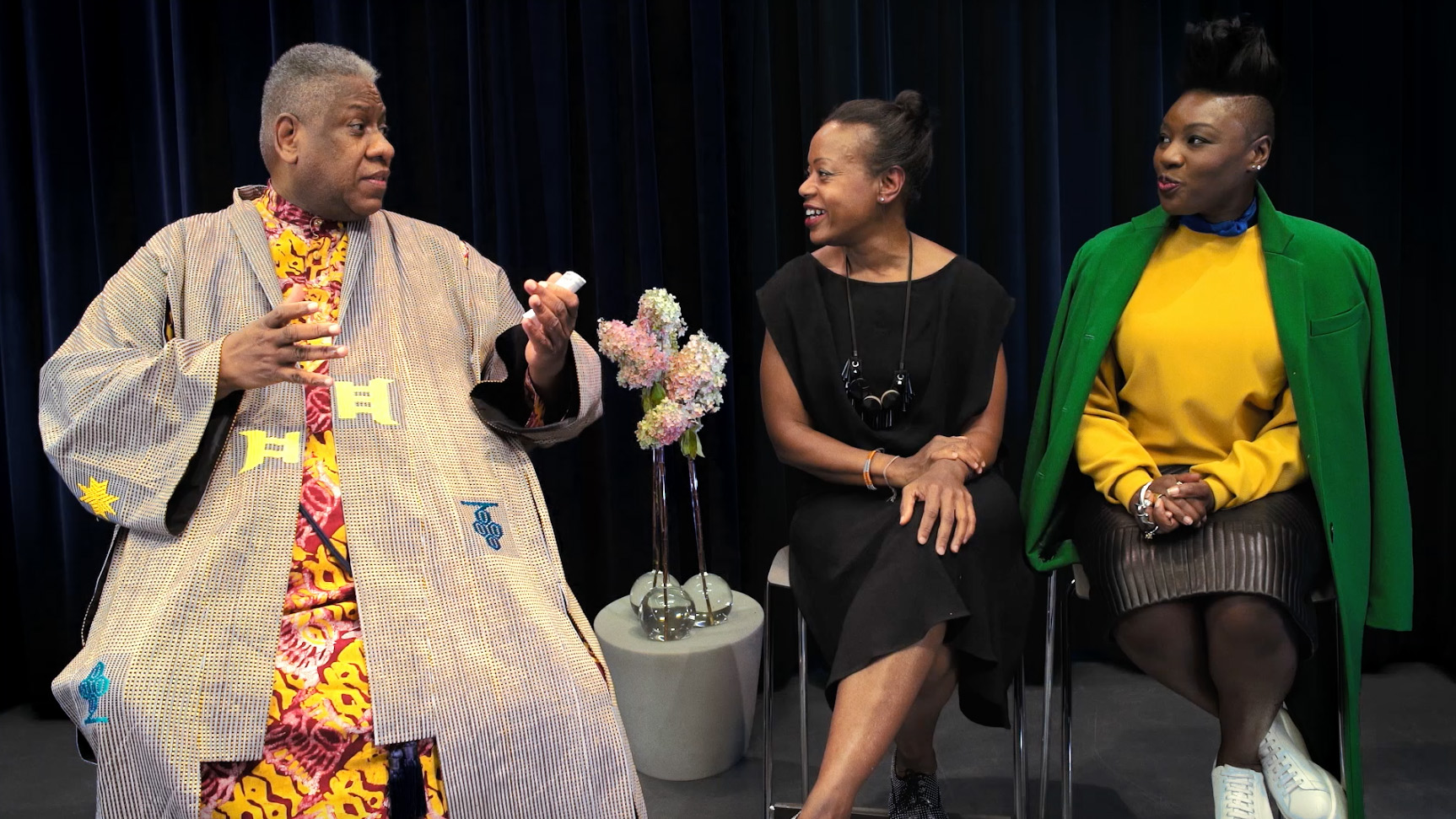 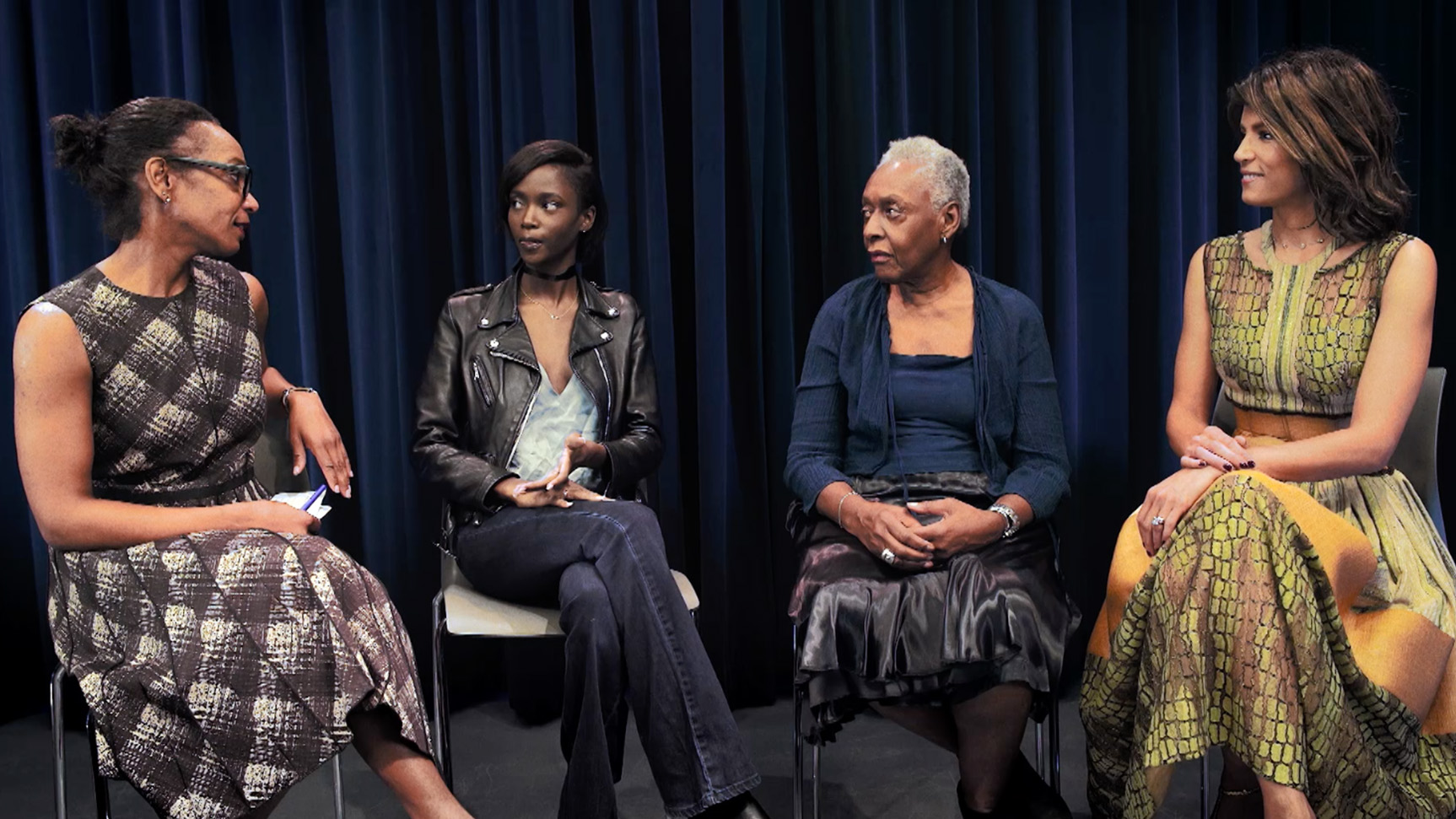 Black Fashion Designers was made possible by the support of the Couture Council and the President's Diversity Council.