Explore the online resource for additional information about topics covered throughout the exhibition. 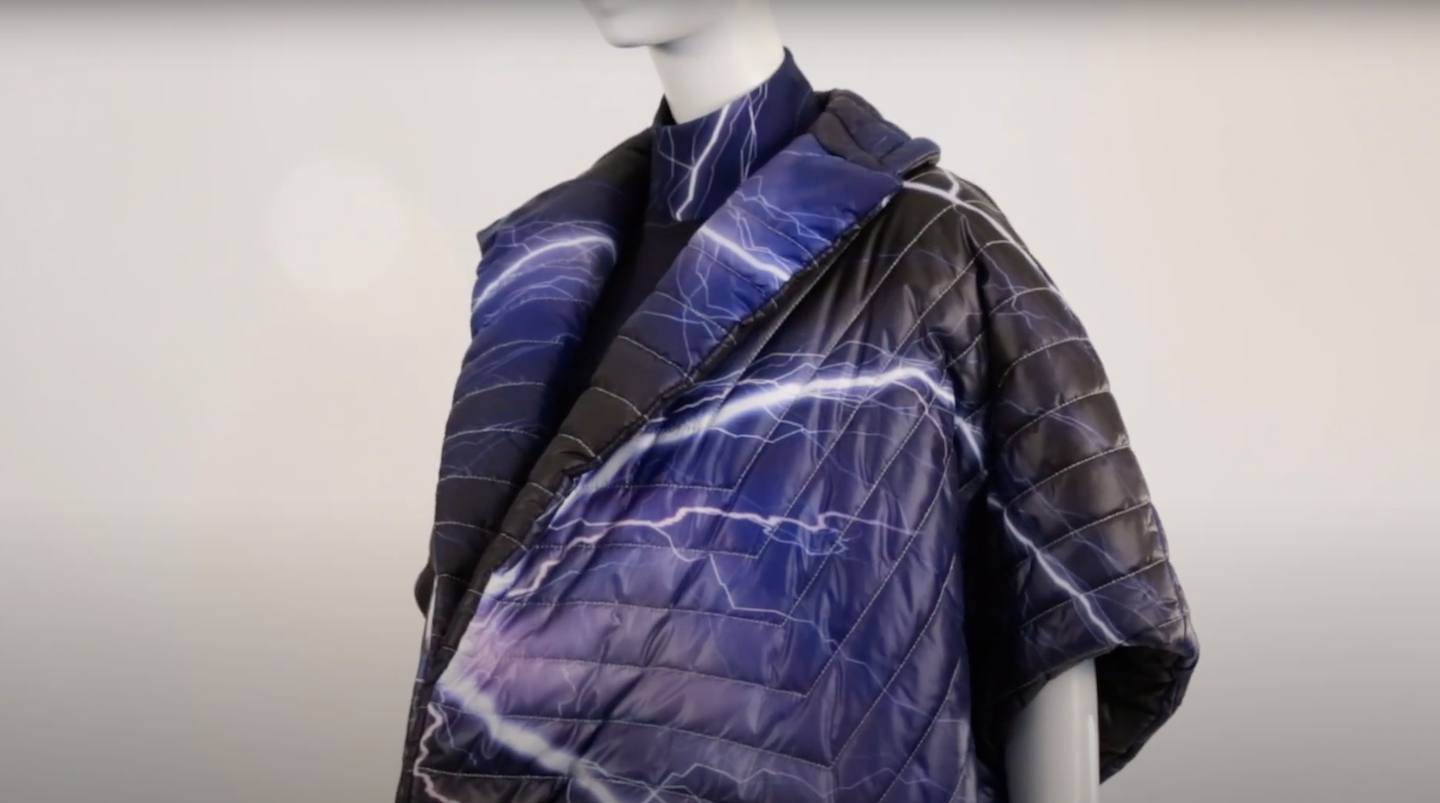 Leonardo da Vinci once said that “those who are inspired by a model other than Nature, a mistress above all masters, are laboring in vain.” Nature has inspired both art and fashion for hundreds of years. Fashion designers often reference the natural world — its ora and fauna, geology, and physical processes — to create wildly imaginative designs. As Alexander McQueen said, “I have always loved the mechanics of nature, and to a greater or lesser extent my work is always informed by that.”

Force of Nature examined the complex relationship between fashion and the natural world. The exhibition revealed how nature has historically influenced fashion, and how fashion can serve as an indicator of society’s relationship with the natural world. In eighteenth century Europe, for example, nature became an object of renewed fascination as a result of overseas exploration. This fascination found expression in garments that featured depictions of exotic plants and animals.

Spanning the eighteenth century to the present, the exhibition was organized into ten sections, each focusing on a facet of fashion’s connection to nature. Garments, textiles, and accessories, exclusively from the collection of The Museum at FIT, illustrated how principles in the natural sciences, such as the dynamics of sexual attraction, have informed fashion design. Elaborately feathered women’s hats, for example, showed how the plumage male birds use for sexual display has been appropriated to emphasize female beauty.

Naturalist Alexander von Humboldt (1769- 1859), often considered the father of ecology, characterized the vast diversity of nature as an interconnected global force. He also believed that imagination was essential to experiencing and understanding nature. Therefore, Force of Nature began with a series of garments that demonstrate this diversity and the creativity it inspires. Included were a mesmerizing “water” dress by Iris van Herpen that appeared to splash away from the body and an ensemble by Rick Owens that was inspired by the mighty, prehistoric mastodon.

During the Enlightenment, as naturalists classified newly identified plant species, exotic botanic gardens flourished throughout Europe. These gardens inspired the work of textile designers, who began to depict flowers from around the world. The sexuality of plants and the symbolism of flowers such as roses and orchids have also been explored through dress. An evening gown by Charles James with a petal-like stole bestows upon its wearer a sensual elegance by transforming her into a flower. A pair of shoes by Pierre Hardy challenged traditional representations of flowers by rendering realistic images of lilies in saccharine, artificial colors.

Nature was the subject of intense study during the nineteenth century, with everything from ocean life to microorganisms under examination. This led to the appropriation of natural objects as a form of adornment. Scientist and artist Ernst Haeckel illustrated his discoveries using the microscope in Art Forms in Nature (1899–1904), a book that influenced artists and designers. Nature’s geometric shapes and forms have continued to inspire designers such as Christian Dior and more recently the design trio ThreeASFOUR.

In 1863, Charles Baudelaire drew comparisons between fashion and the natural world, describing changes in fashion to be “as elaborately articulated as they are in the animal kingdom.” In an 1872 essay, Charles Darwin’s son George Darwin directly compared changes in dress to evolution by natural selection. Few principles of modern scientific thought have had as wide an impact as the theory of evolution, and fashion designers, in turn, have addressed evolution in their collections. Alexander McQueen’s spring 2009 collection Natural Dis-Tinction, Un-Natural Selection contemplated the notion of survival of the fittest, in addition to the “deleterious results of industrialization on the natural world.”

Discoveries relating to celestial bodies, the greater universe, and the physical forces that created them have also led to extraordinary designs. Electric force was conveyed in an ensemble by Arzu Kaprol that featured an image of lightning and conveyed a sense of strength and power.

The natural world has influenced fashion in positive ways, but fashion’s impact on the environment has been largely detrimental. However, this relationship is changing, with many designers engaging in more sustainable practices. This shift indicates a new attitude toward nature, from one of dominion to participation. Science and technology play key roles in transforming this relationship, as evidenced by designer interest in biomimicry (employing design principles that imitate nature’s processes) and biomaterials that are grown using biological organisms. Force of Nature closes with an examination of this emerging dynamic, encouraging a vital discussion about future directions in fashion.

Force of Nature was organized by Melissa Marra-Alvarez, associate curator of Education and Public Programs, The Museum at FIT.

Force of Nature was made possible by the support of the Couture Council of the Museum at FIT.

Many thanks to MFIT staff who assisted with this exhibition and related web materials. Thank you also to interns Bethany Gingrich and Nelli Ayvazyan.
© Copyright 2021 FIT NYC