As the “original fashion publicist,” Eleanor Lambert was a defining character of twentieth century American fashion. Over her seventy-five-year career, Lambert helped establish a number of organizations and initiatives that shaped the American fashion landscape, including the Council of Fashion Designers of America, the International Best Dressed List, the Coty American Fashion Critics’ Award, and Press Week, which evolved into the current New York Fashion Week. Lambert worked to elevate the American fashion designer to celebrity status, and her clientele included such influential designers as Stephen Burrows, Halston, and Claire McCardell. Eleanor Lambert: Empress of Seventh Avenue is the first exhibition to explore her tireless work in establishing New York as an international fashion capital, while simultaneously pioneering the profession of fashion publicist.

The exhibition will be accompanied by three events in March 2020: 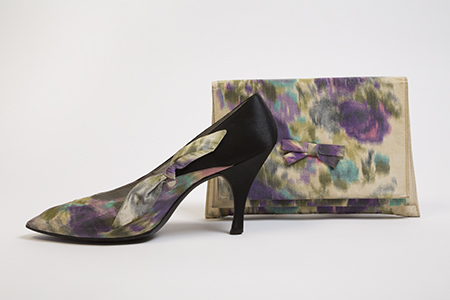 Head to Toe will explore approximately 200 years of women’s dress from 1800 to the early 21st century through the lens of accessories. Often garments are the focus of fashion exhibitions, however accessories are integral components of the full ensemble, and are important in communicating vital messages about the wearer. Over time accessories have become powerful tools in articulating ideas about femininity, sexuality, modesty, power, class, and race, as well as an important outlet to express style and individuality.

Head to Toe will detail the intricacies and etiquette of Euro-American women’s fashion, showing its evolution over time and its changing social context. Topics such as imperialism, industrialization, feminism, and modernity will be explored.

Ravishing: The Rose in Fashion presents the first socio-cultural examination of the rose in fashion. This flower can be dated back over 3 million years, and its broad geographic sweep is entwined with stories of trade, immigration, politics, religion, gender, food, beauty, and identity. It has been worshipped and reviled, and it is inextricably linked to perceptions of love. Not surprisingly, this delicate and fragrant flower — as well its sharp thorns — have provided endless inspiration for artists, writers, and designers. The rose has greatly influenced the form and decoration of apparel, jewelry, and fashion imagery.

Ravishing will explore the significance of the rose in fashion and dressed appearance from circa 1750 to the present. More than seventy-five objects will be selected for their historic and aesthetic significance in addition to their broader symbolic, socio-economic, and geo-political importance. The exhibition is curated by Amy de la Haye, Rootstein Hopkins Chair of Dress History and Curatorship and Joint Director of the Centre for Fashion Curation at London College of Fashion, and Colleen Hill, curator of costume and accessories at The Museum at FIT. 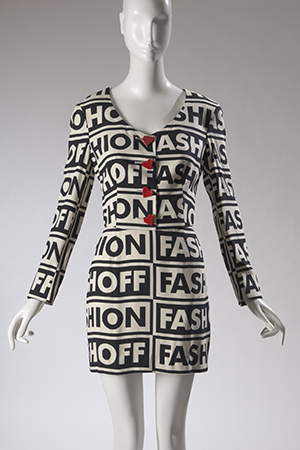 Reinvention and Restlessness: 1990s Fashion is organized by Colleen Hill, curator of costume and accessories, and features more than seventy-five looks from Alexander McQueen, Hussein Chalayan, Gucci, Calvin Klein, Helmut Lang, Maison Martin Margiela, Prada, XULY.Bët, and many others. The exhibition centers on designers who challenged the expected appearance or workings of high fashion, and who played an important role in laying the foundation for fashion of the twenty-first century. 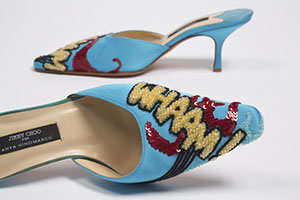 The exhibition, curated by Dr. Valerie Steele and Colleen Hill, will be accompanied by a lavishly-illustrated companion book, published by Taschen, similar to Fashion Designers, A-Z: The Collection of the Museum at the Fashion Institute of Technology (now in its third edition). 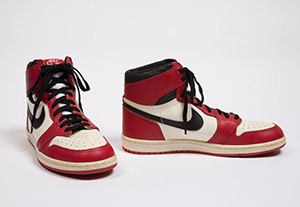 This exhibition is curated by Elena Romero, Assistant Professor of Advertising and Marketing Communications at FIT and author of Free Stylin’: How Hip Hop Changed the Fashion together with Elizabeth Way, Assistant Curator at The Museum at FIT.