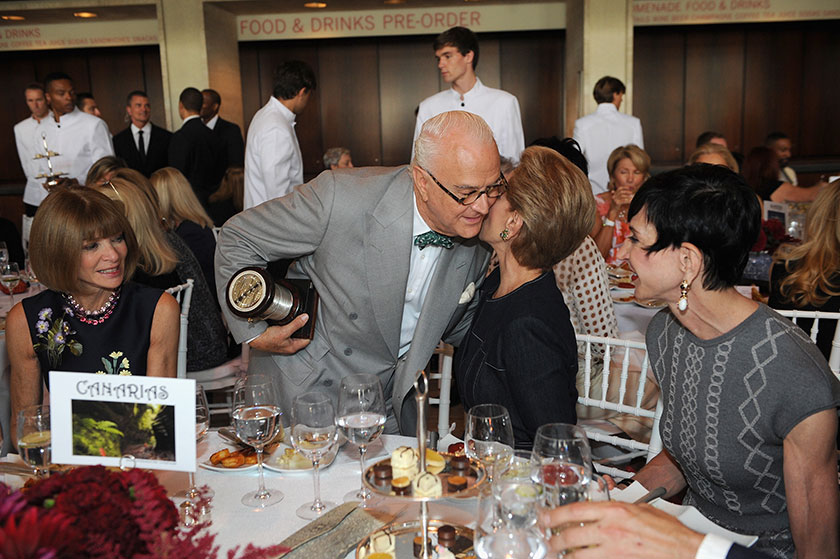 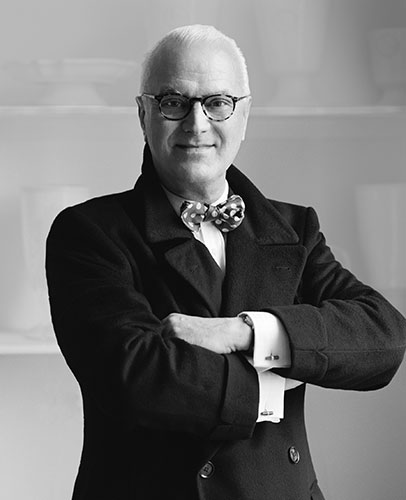 Manolo Blahnik was selected to receive the 2015 Couture Council Award for Artistry of Fashion as a result of his longstanding dedication to superior craftsmanship and innovative design. For more than 40 years, he has been meticulously designing his shoe line, which has attracted a cult following including the likes of Nicole Kidman, Rihanna, and Victoria Beckham.
“It is one of the greatest accolades of my life to be awarded the 2015 Couture Council Award for Artistry of Fashion,” said Manolo Blahnik. “I very much admire the Couture Council’s invaluable support of The Museum at FIT. It is imperative that we cultivate the culture of fashion and continue educating about design and artisanship. The museum does just that and in very clever and innovative ways. After all it is fashion that makes the world so much more colorful and interesting, so we must nurture and celebrate talent. I am very much looking forward to being there and to share my excitement with everyone.”
FIT president, Dr. Joyce F. Brown, said, “Manolo Blahnik is one of the world’s most accomplished and influential footwear designers. Superbly crafted in the finest materials, his highly coveted shoes—which have been called “magical totems of success and femininity”—reflect his timeless and singular vision. We are delighted to be honoring him.”
“Manolo Blahnik is one of the world’s greatest shoe designers—and a true artist of fashion,” said Dr. Valerie Steele, director of The Museum at FIT and chair of the Couture Council Advisory Board. “I was absolutely delighted when the Advisory Committee of the Couture Council chose him to receive the Couture Council Artistry of Fashion Award. It was Manolo who kicked off contemporary fashion's obsession with shoes, as viewers of Sex and the City will recall. The award luncheon on September 9 is sure to our most photogenic event yet.” 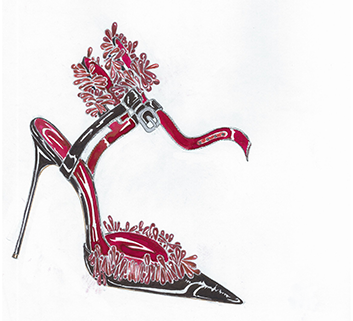 Each year the Artistry of Fashion award winner is chosen by the Couture Council Advisory Board, which includes fashion journalists, editors, retailers, and curators, including Glenda Bailey, Hamish Bowles, Ken Downing, Linda Fargo, Nicole Fischelis, Akiko Fukai, Pamela Golbin, and Suzy Menkes. Dr. Steele explained, “The committee’s mandate is to look, not only at the previous year’s accomplishments, but at a lifetime of contributions to fashion.”

This event has been generously underwritten by the Spain Tourism Board.

“Although Spain has a long, recognized tradition in the field of fashion, this award to Manolo Blahnik’s excellence and creative talent is a splendid opportunity to strengthen our image as a modern and innovative country,” said Spain’s Consul for Tourism Affairs Elisa Sainz. “We thank Mr. Blahnik for his support in making Spain better known and even more appreciated. We’re lucky to have such a talented ambassador of the Spain brand.”

ABOUT THE COUTURE COUNCIL OF THE MUSEUM AT FIT:

With a career spanning over 40 years, Manolo Blahnik has become one of the world’s most influential footwear designers. His shoes have spellbound an international set of adoring and loyal devotees across the globe. Born in the Canary Islands to a Spanish mother and a Czech father, he studied languages and art in Geneva before moving to Paris in 1965 where he decided to become a set designer. On a visit to New York in 1970, he showed his theater designs to Diana Vreeland, then editor-in-chief of American Vogue, who honed in on his shoes and encouraged him to concentrate on them. Blahnik learned the art of making shoes by visiting factories where he talked to machine operators, pattern cutters, and technicians. By 1971, he was in London making shoes. A year later, Ossie Clark, then the most famous designer in London, used his shoes and from there his career blossomed. In 1973 he opened his first shop in London’s Chelsea. Blahnik is a craftsman. The exquisitely shaped lasts and heels he creates for his shoes are still perfected with his very own hands. The lines and silhouette of his distinctive handwriting, however, remain instantly recognizable as unique, inimitable exercises in precision and balance, exquisite workmanship and luxury. “Shoes,” he says, “help transform a woman.” From the flagship store in London, the label has expanded worldwide. He has also received many international awards throughout his career including an Honorary CBE in November 2007.

ABOUT THE SPAIN TOURISM BOARD:

The Spain Tourism Board in New York is part of a network of 33 national tourist offices across the world under Spain’s Ministry of Industry, Energy and Tourism. Together they are responsible for the promotion and marketing of Spain’s tourism products and destinations in collaboration with the regional tourism boards, the local authorities and the private sector. Additionally, the Spain Tourism Board gathers and analyzes market intelligence on the tourism industry and supports Spanish tourism companies abroad. For more information please contact the Spain Tourism Board at [email protected] or visit www.spain.info.
©