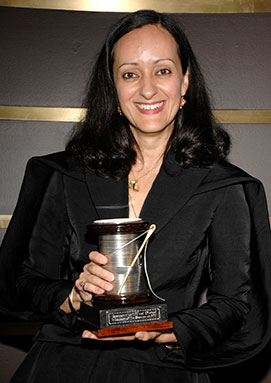 To honor Ms. Toledo, the Rainbow Room decorated the tables with sunflowers – her favorite flower – and served Cuban-inspired cuisine. The menu begins with a yellow gazpacho followed by Cuban style sea bass with warm mango sauce, coconut rice, and black beans. Joey Arias opened the luncheon with his rendition of the Billie Holiday song, “You’ve Changed,” dedicated to Isabel. He was backed by Basil Twist’s marionette chorus line, a part of their show, “Arias with a Twist,” which ran at Here Arts Center. Guests received a cameo necklace designed by Ruben Toledo with his wife's silhouette and signature etched onto an oval Swarovski crystal. These were specially created by Swarovski for the Couture Council and were mailed to guests after the event with a note from Nadja Swarovski. 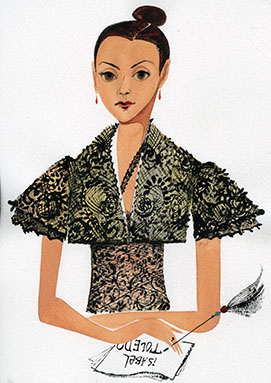 The Artistry of Fashion Award preceded a major retrospective of Ms. Toledo’s work at The Museum at FIT, entitled Isabel Toledo: Fashion from the Inside Out (June 19, 2009 through September 26, 2009).  This exhibition featured more than 75 looks dating from 1985 to the present, including fluid jersey dresses, seductive lace, and architectural denim. Illustrations by her husband, artist Ruben Toledo, were also featured, as was films of Ms. Toledo’s fashion shows and other visuals that explore her creative process. A lavishly illustrated catalog, written by co-curators Dr. Valerie Steele and Patricia Mears and published by Yale University Press, accompanied the exhibition. 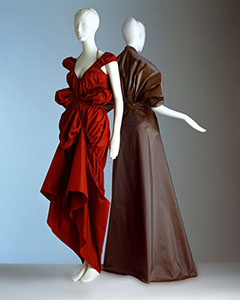 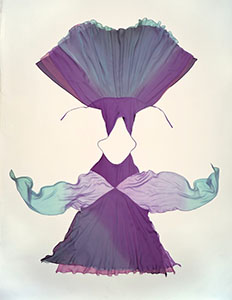 Born in Cuba in 1961 and raised in New Jersey, Isabel Toledo was regarded by many fashion insiders as one of America’s greatest designers. "Isabel Toledo is a designer's designer,” says Dr. Steele, who, in addition to being co-curator of the exhibition, is director and chief curator of The Museum at FIT.  ”She is greatly admired by members of the fashion community because of her originality and technical expertise.  Although superficially simple and even prim, Toledo’s clothes are actually extremely sophisticated and subtly seductive.”

Ms. Toledo's work was based on a profound understanding of pattern-making and construction.  She combined a passion for curvy architectural shapes with an affinity for draping liquid fabrics.  "Only great designers can dispense with themes and theatrics and let the work speak instead. Ms. Toledo does just that, letting fashion itself be the theme," said Amy Spindler of The New York Times.

Married since 1984 to artist Ruben Toledo, Isabel Toledo presented her first collection in 1985 and was almost immediately acclaimed as a rising star.  After more than twenty years working under her own name, Ms. Toledo joined Anne Klein as creative director in 2006. The following year she went back to creating her own label, which was carried by stores such as Barneys and Nordstrom.