The Couture Council of The Museum at FIT honored Akris Creative Director Albert Kriemler with its 2016 Couture Council Award for Artistry of Fashion on Wednesday, September 7, 2016 at an award luncheon at the David H. Koch Theater at Lincoln Center in New York City. As has become traditional, this benefit luncheon heralds the arrival of Fall Fashion Week in New York.

Relive the incredible moments of the 2016 Couture Council Luncheon:

Albert Kriemler was selected to receive the 2016 Couture Council Award for his commitment to outstanding craftsmanship and his dedication to creating well-tailored, wearable pieces that blend luxury with functionality. His vision has contributed to the expansion of his family’s brand and attracted powerful women such as Angelina Jolie, Princess Charlene of Monaco, and former Secretary of State Condoleezza Rice.

“Since my first visit to New York, I have made every effort not to miss an exhibition at The Museum at FIT,” said Albert Kriemler. “Valerie Steele and her team succeed in creating pioneering and unexpected exhibitions with a creativity and courage that continue to fascinate and surprise. I feel so deeply honored and excited to be this year’s recipient of the Couture Council Award for Artistry in Fashion. Designers visit exhibitions to be inspired, and curators of museums are inspired by designers. Let us celebrate this spirit of cross-inspiration and the Couture Council’s tremendous effort to make these directional exhibitions possible.”

FIT president Dr. Joyce F. Brown said, “The refined minimalism that characterizes Albert Kriemler’s designs, as well as his craftsmanship and the exquisite fabrics he uses, are among the many reasons that the House of Akris is internationally acclaimed and continues to thrive after more than 90 years. It is a pleasure to be honoring this extraordinary designer and the family fashion house he represents.” 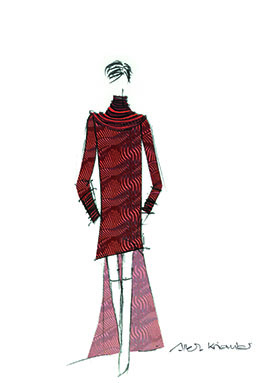 Dr. Valerie Steele, director of The Museum at FIT and chair of the Couture Council Advisory Board, added, “Akris is best-known for luxurious minimalism. You won’t find richer, more beautiful fabrics anywhere. But there is much more to Akris than luxury. Albert Kriemler, the designer at Akris, is obsessed with making clothes modern. As Linda Fargo once put it: ‘Albert is someone who has improved the quality of life through design.’ What women appreciate about Akris is that they wear the clothes, the clothes don’t wear them. Not surprisingly, some of the most accomplished women in the world appreciate the cool confidence that Akris gives them.”

The Couture Council luncheon began with cocktails on the David H. Koch Theater terrace. Guests were then ushered into the theater’s promenade for a three-course luncheon, catered by Olivier Cheng. Bronson Van Wyck of Van Wyck & Van Wyck designed the flowers. This year’s luncheon co-chairs are Lisa Klein and Audrey Gruss. 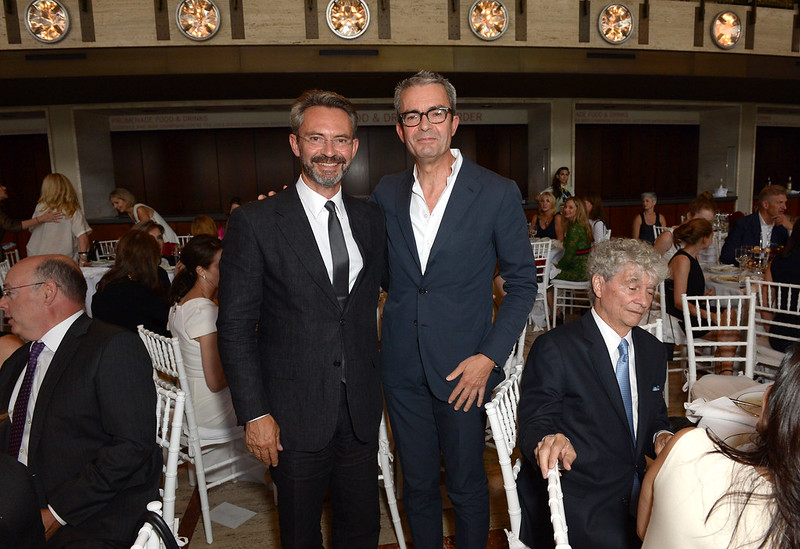