Six fashion-media professionals will decide which garments are outstanding enough to make it to the runway. Our judges select the best looks for the runway in each of the specializations -- special occasion, intimate apparel, knitwear, children's wear, and sportswear. 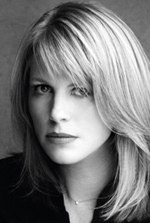 Kate Betts is the author of the new book Everyday Icon: Michelle Obama and the Power of Style. She is a contributing editor at TIME magazine and also a contributor to The Daily Beast. Previously, Betts was the editor in chief of Harper's Bazaar and the fashion news director of Vogue. Betts was recently named one of the top 10 fashion editors by Forbes magazine. She has appeared on network and cable television regularly since 1993, including The Today Show, The View and The Charlie Rose Show. She is a frequent contributor to NPR's Marketplace and has done regular reporting for CNN. A graduate of Princeton University, she resides in New York City with her husband and two children. 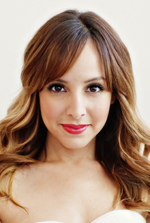 Lilliana Vazquez is a style expert, online entrepreneur, and in-demand television personality who has appeared on networks such as ABC, Bravo, CBS, FOX, NBC, and The Style Network. She is a regular contributor to TBS's Movie and a Makeover and the syndicated Nate Berkus Show, and is a lifestyle correspondent for NBC New York's New York Live. She is also the founder and editor-in-chief of The Cheap Chica's Guide to Style, an online resource for fashionistas on a budget, which boasts a monthly readership of 250,000.

Vazquez's on-air and online presence has resulted in partnerships and spokesperson roles with brands such as Este Lauder, H&M, LOFT, Macy's, Marshalls, and TJ Maxx, and she has been featured in Elle, Glamour, InStyle, Lucky, Marie Claire, Teen Vogue, Women's Health, and Women's Wear Daily. 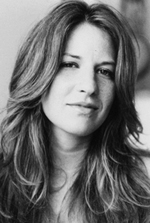 Fashion stylist and FIT alumna Alana Kelen uses her keen sense of clothing and accessories, along with a penchant for detail, to create unique, appropriate, and trend-setting images for television personalities and celebrities. Her forte is working with real people in real situations, helping to make them feel comfortable in the clothes they are wearing while looking amazing on air, in print and real life. 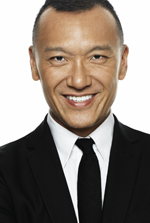 Joe Zee, Advertising and Marketing 92, is creative director of Elle. His previous positions include fashion director at W, contributing fashion editor at Details and House & Garden, and editor in chief of both the men's and women's editions of Vitals.

As a stylist, Zee has collaborated with many of fashions most renowned photographers including Patrick Demarchelier, Alexei Hay, Annie Leibovitz, Carter Smith, Juergen Teller, and Bruce Weber and has worked on campaigns for Banana Republic, Chanel, DKNY, Este Lauder, The Gap, H&M, Kenneth Cole, M.A.C Cosmetics, and more. An in-demand fashion expert, he has appeared such programs as Extra, Good Morning America, and Today, and he is the host of the Sundance Channel's All on the Line with Joe Zee, where he serves as an adviser to aspiring designers. 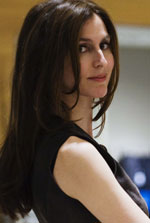 As senior fashion director for Saks Fifth Avenue, Colleen Sherin travels the globe in search of trends, inspiration, and up-and-coming designers. Sherin covers the women's ready-to-wear collections in New York, London, Milan, and Paris and sets the tone for the trends the store will represent each season. She works closely with her merchants on fashion direction, direct mail catalog imagery, and national ad campaigns.

Sherin has also explored the emerging fashion markets of So Paulo, Brazil; Sydney, Australia; and Lisbon, Portugal. As a champion of young designer talent, Sherin has discovered numerous collections for Saks Fifth Avenue. 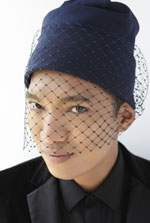 Filipino fashion blogger Bryan Grey-Yambao, more popularly known as Bryanboy, began his eponymous blog in 2004. In March 2010, Bryan was named one of the most influential bloggers in Vogue magazines annual Power issue. Fashion designer Marc Jacobs named a bag after him, and he recently joined the panel of judges on America's Next Top Model. Known for his unique personal style and witty commentary, Grey-Yambao has created a strong online presence that has resulted in digital initiatives with brands like Prada, Dolce & Gabbana, Hugo Boss, H&M, Sunglass Hut, Diet Coke, and Nokia.

Judge for the Siempre Mujer Best Use of Color Award 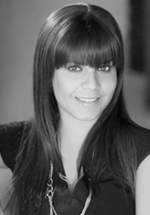 Mara Cristina Marrero is the editor-in-chief of Siempre Mujer, a Spanish-language women's lifestyle magazine in the U.S. that reaches 1.9 million readers and is published by Meredith. Marrero is a nationally recognized lifestyle expert who is frequently quoted in Hispanic media. She has appeared on local and national television including Despierta Amrica, Nuestra Belleza Latina (Univision), and The Today Show (NBC). She is a regular contributor on CNN en Espanol's Showbiz as its New York correspondent. Under her leadership, Siempre Mujer was recognized with a spot on the Adweek 2011 Hot List.