Making things is a miracle, the legendary graphic designer Milton Glaser told an auditorium filled with hundreds of FIT students on Thursday, October 23, explaining why he decided to become a designer at the age of five. Sitting and making something is the most extraordinary thing a human being can do, he said.

The audience was rapt for nearly two hours as Glaser spoke with Rocco Piscatello, adjunct associate professor in Communication Design and founder and director of the Visiting Artist Program at FIT, and took questions from the audience. Glaser recounted his past and present projects, peppering them with anecdotes about the creative aspects of his work. 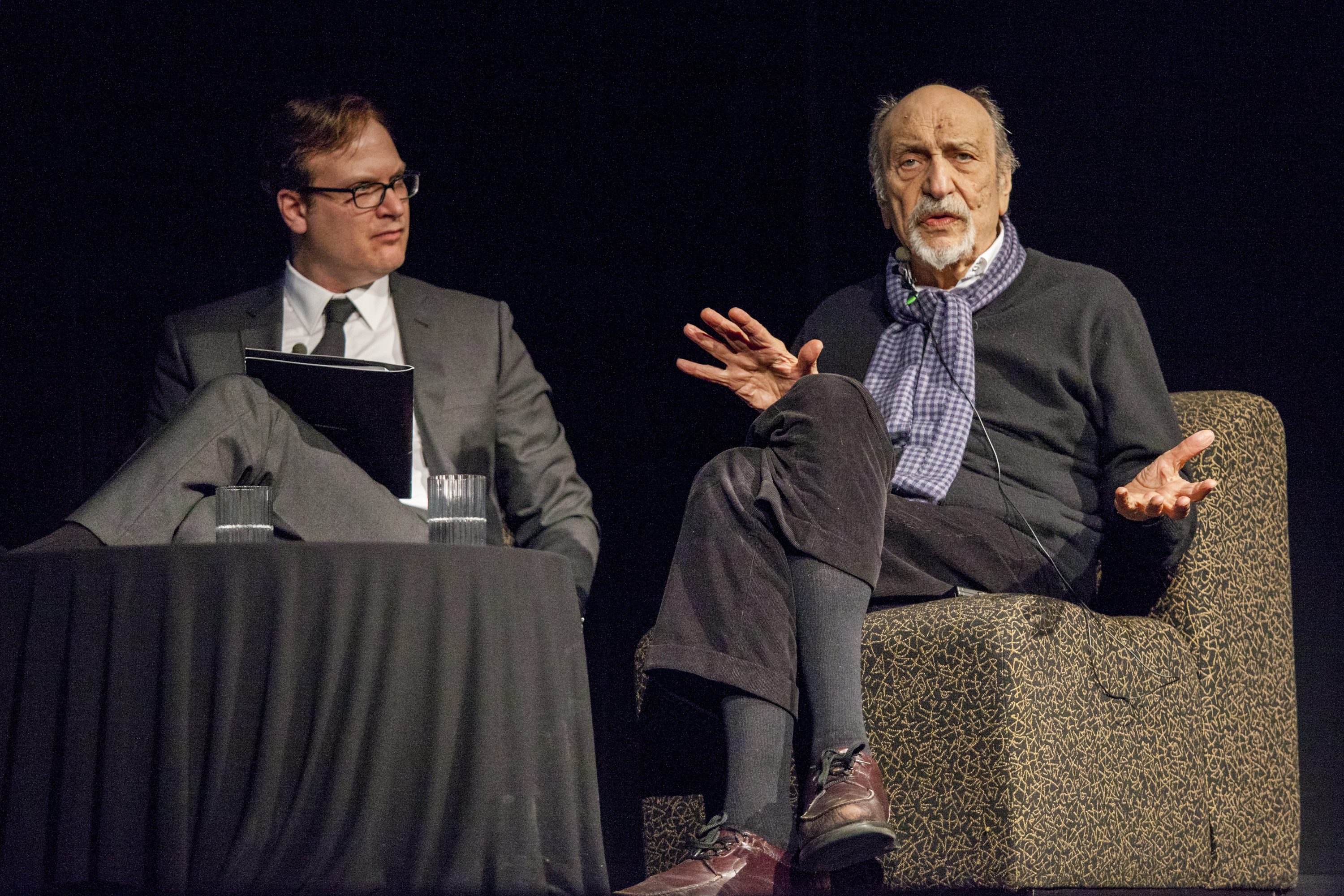 The work he showed included "Mickey Mouse in Viet Nam," a 1968 black-and-white animated anti-war film featuring Mickey Mouse being shipped off to serve in the war, where he meets his end. A 1967 Columbia Records poster for Bob Dylan's Greatest Hits, a billboard promoting the final season of the television show Mad Men, and the company logo and identity for Brooklyn Brewery Beer were some of the other projects Glaser discussed.

Glaser advised the students about the importance of seeing and looking.

"Art functions like a survival mechanism," he said. "It enables you to understand what you're looking at. I am a great supporter of drawing. It's the only way of understanding reality."

Throughout his career, Glaser has been a prolific creator of posters and prints, and is arguably best known for the original I Love NY logo design. This particular project, he said, has given him his greatest fulfillment.

Born in 1929, Milton Glaser was educated at the High School of Music and Art and at Cooper Union. A Fulbright Scholarship brought him to the Academy of Fine Arts in Bologna, Italy. Glaser co-founded the revolutionary Pushpin Studios in 1954, founded New York magazine with Clay Felker in 1968, established Milton Glaser, Inc. in 1974, and teamed with Walter Bernard in 1983 to form the publication design firm WBMG.

This event was organized by the Visiting Artist Program at FIT.