The Fashion Institute of Technology (FIT) and the FIT Foundation honored FIT trustee and foundation chairman (and former Kohls president) Dr. Jay H. Baker; Bergdorf Goodman's Linda Fargo; and jewelry designer, philanthropist, and FIT trustee Joan Hornig at the annual gala on Monday, June 9, 2014 at Cipriani 42nd Street in New York. The black-tie event hosted more than 600 guests and raised $2.5 million $1.4 million in ticket sales, plus $1.1 million from two endowed scholarship gifts that were announced at the event. During his remarks, Baker announced that he and his wife Patty were making a $1 million gift. George Hornig surprised his wife, honoree Joan Hornig, by announcing a $100,000 scholarship in her name to be given to a Jewelry Design student who has demonstrated a commitment to giving back. 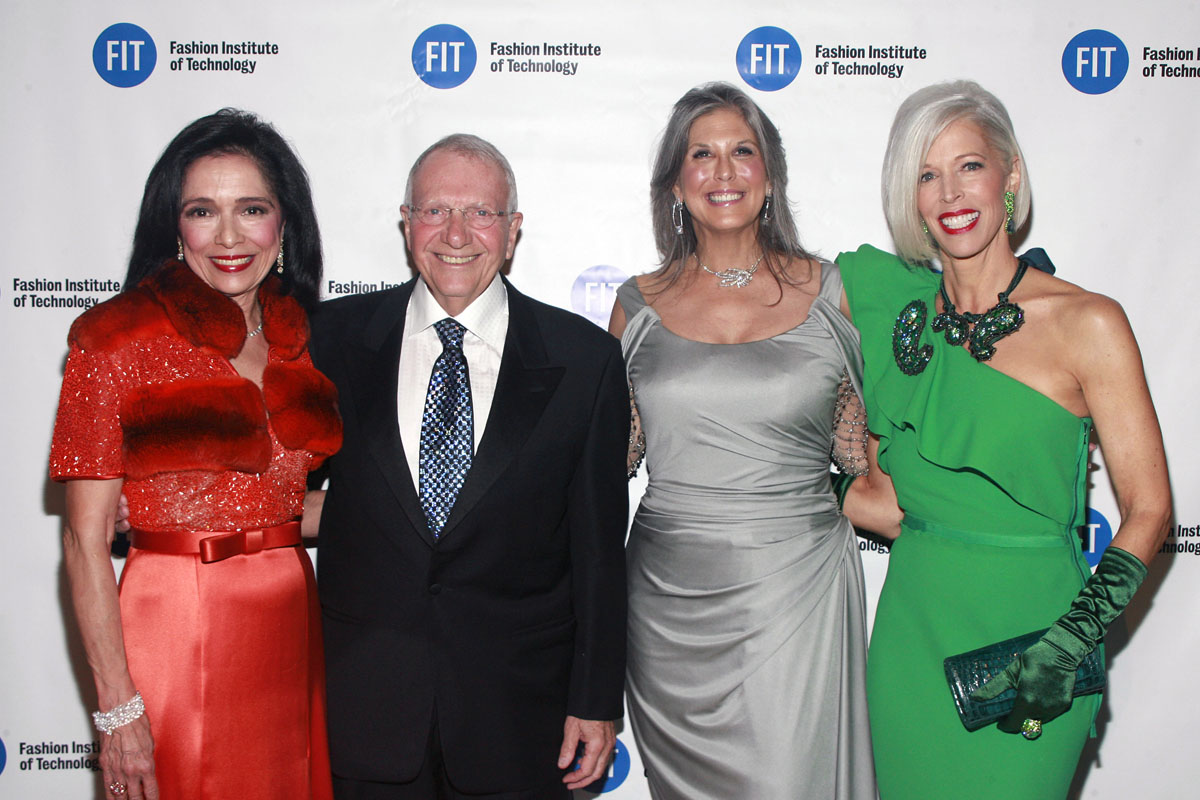 The annual gala benefits the FIT Educational Development Fund, which provides scholarships to FIT's most promising students and helps the college cultivate the next generation of creative leaders.

Alber Elbaz presented the award to Linda Fargo, saying, "Linda is a dreamer, but Linda is also a doer. You push all of us designers to design with no fear because you love original design." Jay Baker received his award from two Baker Scholars, after which more than 30 Baker Scholars joined Jay and Patty Baker on stage.

New York's fashion industry employs more than 173,000 people, accounting for six percent of the city's workforce, generating nearly $10 billion in total wages and tax revenues of $1.7 billion, and attracting hundreds of thousands of visitors each year. FIT is a major talent source for these critical and vital fashion and lifestyle industries.

ABOUT THE 2014 GALA HONOREES

Jay H. Baker studied management and marketing at the Wharton School at the University of Pennsylvania, graduating in 1956. From 1956 to 1958, he served in the U.S. Army, becoming a sharpshooter.

After completing the Macy's Training Program in 1959, Baker held buying and management positions through 1971. He worked at Ohrbach's as a divisional merchandising manager and as assistant to the president until 1975, when he became general merchandise manager at Famous Barr.

From 1977 to 1986, Baker worked for Batus Retail in various positions, including general merchandise manager, director of stores for Saks Fifth Avenue, president and chairman of Thimbles, and, ultimately, chairman for the corporate buying office at Batus Retail.

Baker was named president of Kohls in 1986, working with CEO William Kellogg and executive vice president John Herma. Along with outside investors, he led a management buyout of Kohls from Batus. Under his leadership the company grew from 40 stores to 350, with revenue increasing from $280 million into a $6-billion-plus corporation. Today, Kohls has 1,158 stores in 49 states, with almost $19.3 billion in sales annually.

In 2001, an unparalleled gift of $10 million from Jay Baker and his wife, Patty, began an enduring relationship between the couple and FIT. The funds enabled the college to break ground on the first major campus building project in 25 years; the Conference Center at FIT and a large student dining hall opened in September 2005. The donation also endowed 40 scholarships in perpetuity. Selection of Baker Scholars is based on financial need, academic achievement, community service, and commitment to a non-smoking lifestyle. Throughout their academic careers at FIT, Baker Scholars enjoy a close relationship with the Bakers, coming together at receptions and dinners to share the highlights of their journey. FIT's School of Business and Technology was named in honor of Jay and Patty Baker in 2006.

In addition to serving on the FIT Board of Trustees, as chairman of the FIT Foundation, and as chairman of the Jay H. Baker Retailing Center, Baker sits on the Wharton Overseers Board at the University of Pennsylvania. He is chairman of the Board of the Cal Ripken Sr. Foundation, chairman of The Baker Naples Museum of Art, and a trustee of the Naples Philharmonic. Baker is also an owner of the Port Charlotte Stone Crabs, a Single-A Tampa Bay baseball team, and sits on its board of directors.

Linda Fargo has held the position of senior vice president, Fashion Office and Store Presentation, at Bergdorf Goodman since 2006.

Fargo began her relationship with Bergdorf Goodman in 1996 as visual director, with her responsibilities in fashion and design expanding greatly over the years. In her current role, she oversees the Fashion Office and Store Presentation, including Interior Design, Windows, and In-Store Display. She has crafted a creative vision and devised a management style that have resulted in worldwide acclaim for the store within the luxury retail market. Fargo determines the direction of fashion at the store and brings it to life in a variety of contexts. She is the chief style authority, trend-spotter, and master of all things visual at Bergdorf Goodman.

Fargo attended the University of Wisconsin-Madison, dividing her studies equally between the arts and academics before graduating with a major in Fine Arts and moving to New York in 1981, with the goal of establishing a career that challenged and utilized her eye and energy. She began in the visual theater of retail at Macy's New York, holding diverse responsibilities for 13 years as their window director and, ultimately, as director of Herald Square Visual Merchandising. She then moved to San Francisco, where she became vice president of Visual and Store Design for I. Magnin, and, subsequently, vice president of Visual Merchandising for The Gap, before joining Bergdorf Goodman.

Fargo has lent her design and administrative skills to various other organizations, designing the Whitney Museums annual fundraiser, contributing to the board of her cooperative, and participating in numerous professional panels on both fashion and visual merchandising.

She is also the author of Dreams Through the Glass, published by Assouline, which chronicles her career in visual magic, and Windows at Bergdorf Goodman. 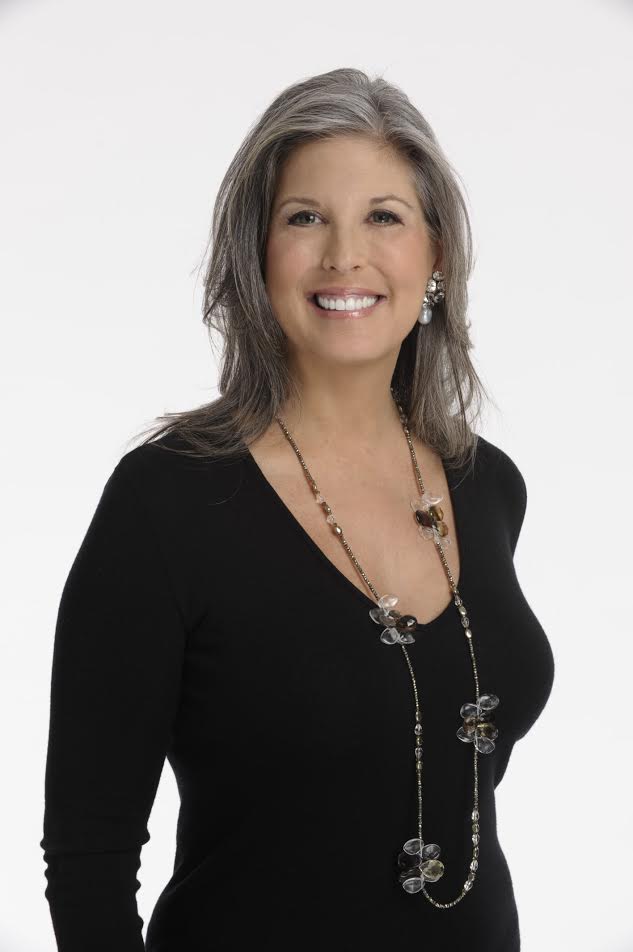 Joan Hornig Jewelry is designed to make a statement and a difference. From Wall Street executive to jewelry designer, in 2003 Joan merged her passion for jewelry and philanthropy and launched her jewelry collection at Bergdorf Goodman with a unique business model. Joan Hornig Jewelry donates 100% of the profits from each piece of jewelry to the charity, non-profit, or foundation of the purchasers choice. This philanthropic model empowers individuals to channel donations to causes that matter most to them.

Hornig offers something for every woman. She uses 18k gold, precious and semi-precious stones, sterling silver, brass, and horn. She is also known for her Tools for Giving Collection as well as her fashion jewelry line, Giving Rocks, which was launched on HSN.

When a woman wears Joan Hornig Jewelry, shes inviting a conversation about what matters most to her. The jewelry is a catalyst to open up important conversation, says Hornig. She adds, Wearing the right jewelry shows a woman recognizes quality and is not afraid to show it. It sends a powerful message that she has taken the time to prepare and understands the value of completing things, dotting her Is and crossing her Ts.

To date, the Joan B. Hornig Foundation has donated to more than 800 worthy initiatives around the world whose work center on education, medical research, health, social services, the arts, animal rights, and environmental protection, among many others. Donations have been made to organizations within the United States, as well as South America, Europe, Africa, Asia, and the Middle East. In addition, limited-edition pieces designed exclusively for organizations such as UNICEF, Circle of Women, Help USA, ASPCA, the Girl Scouts, NECO, and Haiti relief, continue to make a lasting impact.

Joan Hornig Jewelry is sold at high-end stores throughout the U.S. such as Bergdorf Goodman and is available online at joanhornig.com.

Philanthropy has never been so beautiful.

Fowl Play, designed by first-year FIT students in the Visual Presentation and Exhibition Design program, explores ornithology (the study of birds) and how nature can inspire fashion. The students researched different species of birds, including their behavior, habitat, and diet.

They then visited the Feather Place, a family-operated business located in the Garment District, to learn more about feathers and how they are commonly used in the fashion industry.

Student teams were challenged to transform mannequins into birds by considering the design and pose of each mannequin, as well as the variety of feathers provided by the Feather Place. The students emphasized one particular trait of each bird, either through its appearance or attitude. In addition, each display was required to cite fashion designs inspired by their particular bird.

ABOUT THE FIT FOUNDATION
Started in 1944, when apparel industry leaders obtained a charter to establish a fashion institute of design and technology, the FIT Foundation was created to nurture and educate the future leaders of the fashion industry.

Today, the FIT Foundation serves as an advisory and fundraising body to FIT. Board members, who include today's leaders and innovators, serve on panels and appear as special lecturers, enabling students to meet outstanding representatives from the fields of industrial production, labor, design, merchandising, and the arts. The special relationship between the college and foundation creates valuable opportunities to share knowledge and experience.


FOR SELECT CAPTIONED PHOTOGRAPHS FROM THE EVENT, PLEASE FOLLOW THIS LINK:  https://www.dropbox.com/sh/6je3633c4x1fdlf/AAD_L6fbb2Qsv9D6TwekxBjka