Home /  News Archive /  2014 /  Ending Campus Sexual Assault: A Conversation About Changing the Conversation
In this section

To change the way sexual assault is dealt with on higher education campuses, the entire conversation needs to change. So agreed the panelists gathered at FIT on December 15 for the Panel on Ending Campus Sexual Assault, hosted by the American Federation of Teachers (AFT).

We always focus on the victim and what she was wearing and what time she was out and what she was doing, Bent-Goodley said. We need to change the conversation. [Sexual assault] is an intentional decision on the part of the perpetrator. 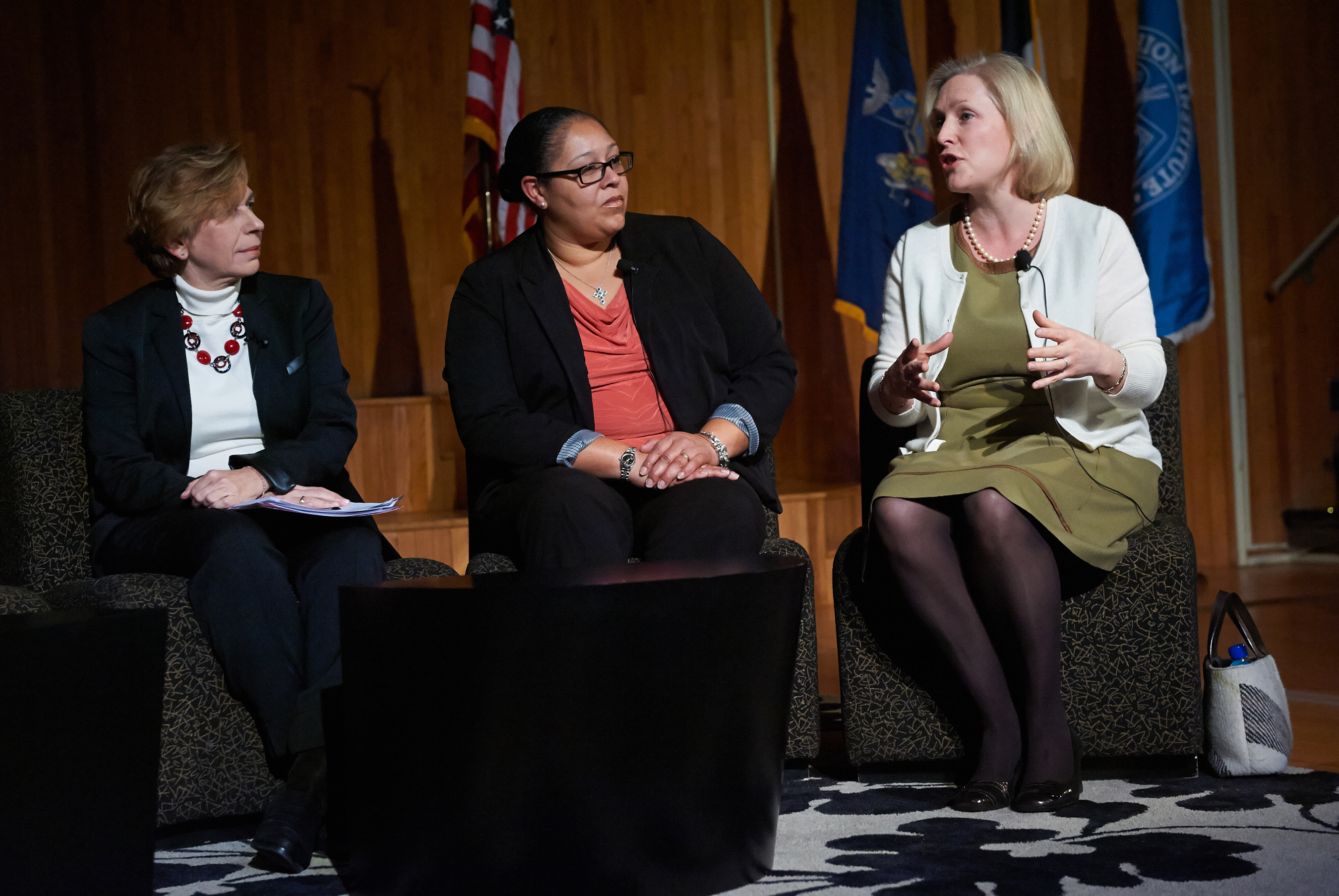 Gillibrand agreed, pointing out that rape is a crime of aggression and a criminal activity perpetrated by recidivists. If we can't stand up and say were going to fight against criminal behavior, then we have something wrong, she said.

The first person a survivor might talk to might dissuade them from talking to law enforcement, Gillibrand added. The number one reason a survivor doesn't report is not trusting that justice is possible. The ideal is that every survivor would feel comfortable going to the police.

Weingarten shared that she had been sexually assaulted between her junior and senior years of college, and at the time felt that she was to blame. The statistic that one out of every four women is sexually assaulted in college is one of the reasons she feels that she needs to speak out now about her experience. The most important thing we have to get over is the discomfort of having these conversations, she said of the role of teachers. Making the telling of these stories safe is really important. How do you create deep enough respect that someone is going to give a hug instead of giving doubt?

Clark and Pino, co-founders of End Rape on Campus at the University of North Carolina at Chapel Hill, shared their perspectives on current campus life, the role of alcohol in sexual assault (which they agreed was definitely a tool), and their views on what would make the process better for victims of sexual assault. This would include a Memorandum of Understanding between campus police and local police, as well as looking at the process more holistically.

Gillibrand addressed legislative aspects of the issue, such as the statute of limitations, which, she said, is too short. She stated that there is opportunity for campus reform to effect change, such as adjusting the class schedules of affected students and adjudicating cases.

Regardless of the measure you use, too many rapes are happening on our college campuses today, and not enough justice is being delivered, Gillibrand said. That is a true fact.