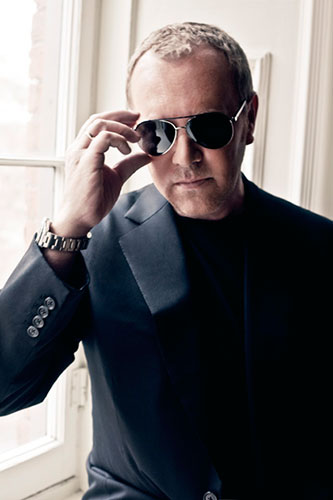 Michael Kors
The Couture Council of The Museum at FIT honored Michael Kors with its 2013 Couture Council Award for Artistry of Fashion on Wednesday September 4, at a benefit luncheon presented by Hilary Swank at the David H. Koch Theater, Lincoln Center, NYC. As has become the tradition, the luncheon heralds the arrival of Fall Fashion Week.
See photos from the event on Flickr
Dr. Joyce F. Brown, president of FIT, said, With his extraordinary talent, "Michael, who got his start at FIT, has built an international brand that embodies the very essence of contemporary American design. This is a well-deserved recognition of his accomplishments."

Dr. Valerie Steele, director of The Museum at FIT, said, "MichaelKors has been nominated repeatedly by members of the Couture Council Advisory Committee. The committees mandate is to not only look at the previous years accomplishments, but at a lifetime of contributions to fashion."

In the museum's new book, Fashion Designers: The Collection of The Museum at FIT, published by Taschen, Michael Kors states, "I think to be empathetic is the greatest gift you can have as a designer. Hopefully, people will look at me and say, 'He really loved women.'" To this, Dr. Steele adds, "Certainly, women really love Michael."

Michael Kors, who attended FIT, recently endowed the Michael Kors Scholarship at FIT with a $1,000,000 gift to establish a major award for a Fashion Design student. The scholarship will be awarded annually to a student who demonstrates exceptional talent in Fashion Design but whose educational endeavors are limited by financial constraints. All costs associated with a bachelor's degree program at FIT, including tuition, housing, and books, will be covered. The scholarship also provides mentorship and the opportunity to intern at Michael Kors. "This wonderful endowment reflects Michael's characteristic thoughtfulness, sense of purpose, and spirit of generosity," said Dr. Brown. "He is creating an incomparable opportunity for the talented students who come to the college, as he did, to fulfill their dreams. We are deeply grateful."

"I attended FIT in the late 1970s, and the school provided a totally comprehensive curriculum for fashion design that is unparalleled," said Kors. "Since my days there, it has evolved and become even stronger. It makes me so excited to see the potential talent that has been helped by this school, and I look forward to seeing that continue." 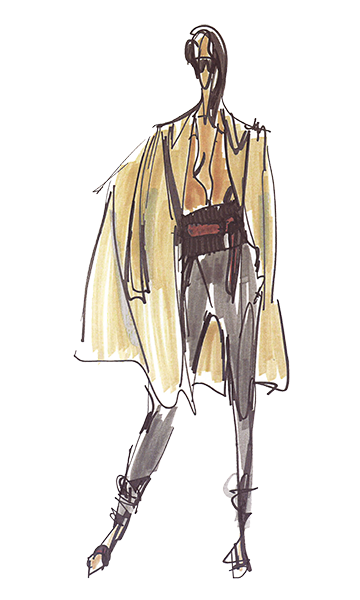 Past recipients of the Couture Council Awards are Oscar de la Renta in 2012, Valentino in 2011, Karl Lagerfeld in 2010, Dries Van Noten in 2009, Isabel Toledo in 2008, Alber Elbaz in 2007, and Ralph Rucci in 2006. In 2008, Giorgio Armani received a special award for Global Fashion Leadership.
The Couture Council, which was created in 2004, has become an integral part of The Museum at FIT. Its Artistry of Fashion Award furthers FIT's deep connection with the fashion industry. Dr. Brown added, "We are very grateful to the Couture Council for the important work it does to support the mission of The Museum at FIT."
ABOUT THE COUTURE COUNCIL LUNCHEON:
The Couture Council Luncheon began with cocktails on the David H. Koch Theater terrace, which overlooked the Fashion Week tents. Guests were then ushered into the theaters promenade for a three-course luncheon. 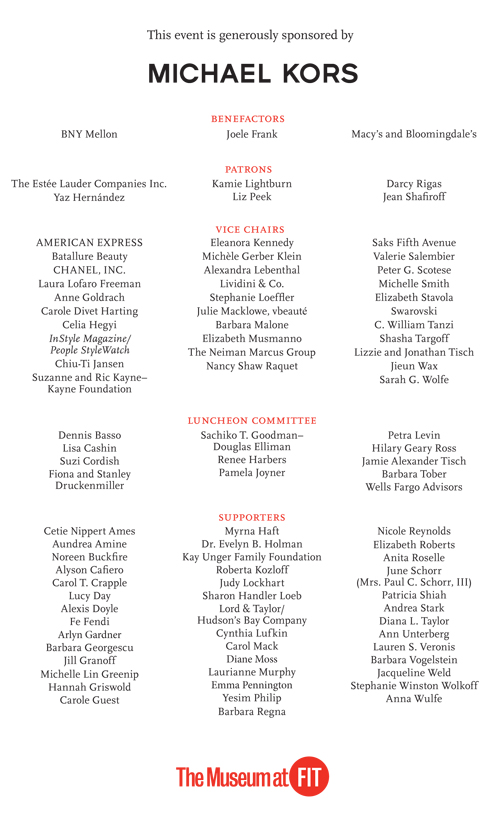