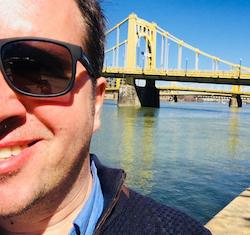 Professor Nagel is actively involved in the research and publication of materials from fieldwork in Iran (Persepolis, Susa, Pasargadae) and Greece. Born and raised in Berlin, Germany, he teaches also on the archaeology and legacies of ancient sites, the history and development of polychromy studies, the role of surface decorations and paint on monuments in the Achaemenid Persian Empire, ceramic containers, coroplastic industries and technologies in ancient Greece, Mesopotamia, Iran and South Arabia. He also writes about and teaches about the reception of ancient cultures in the New World. A recipient of many international awards, research grants and fellowships, Dr. Nagel has published articles for the Oxford Handbook of Ancient Iran, and other prestigious publications. As a research associate with the National Museum of Natural History at the Smithsonian Institution in Washington, D.C., Dr. Nagel curated a number of exhibitions and research projects, focusing on the cultures and the legacies of the ancient Mediterranean, Arabia, the Middle East and Central Asia in Washington, D.C.

“Excavations in an Archive. An Update on the Ernst Herzfeld Online Resources at the Freer|Sackler in Washington, D.C.,” in: J. Gonnella and B. Finster, eds. A Hundred Years of Excavations in Samarra. Wiesbaden: Reichert: 20-29, 2014.

“Crafting Glass Vessels: Current Research on the Ancient Egyptian Glass Collections in the Freer Gallery of Art” Proceedings from a Workshop by the New Archaeological Research Network for Integrating Approaches to Ancient Material Studies (NARNIA): 659-671 (co-authored with B. McCarthy and S. Bowe), 2013.

“Colouring the Dead: New Investigations on the History and the Polychrome Appearance of the Tomb of Darius I at Naqsh-e Rostam, Fars,” in: L. Weeks, ed. Death, Burial and the Transition to the afterlife in Arabia and adjacent regions. Proceedings from the conference in the British Museum, London, November 27th -29th 2008. Walnut Creek: Left Coast: 303-12 (co-authored with H. Rassaz), 2010.

“The Most Beautiful Blue: Crafting Lions, Glaze, and Monument in Babylon, Susa, and Beyond,” One-Day Conference, Fashion Institute of Technology with Kremer-Pigments Raw Materials, December 2019

“New Approaches to Cave and Worship in the Ancient Mediterranean," Colloquium at the Annual Meeting of the Archaeological Institute of America, Boston (Partner: S. Katsarou, Hellenic Ministry of Culture), January 2018

“Dialogues on Heritage: Values, Vessels and Philosophies from the Ancient World to Today,” Italian Embassy, Washington, D.C., May 2015

“An Afterlife of Persepolitan Polychromy: What I Learned From, and How I Made Friends in Iran,” Panel “Iran at the Crossroads of Civilizations: Scholars and Lawyers Speaking about Iranian History and Cultural Heritage,“ Princeton, Institute of Advanced Studies, January 2020

“Teaching with Museum Collections in Manhattan. The Art History and Museum Professions Program at the Fashion Institute of Technology in New York City,” Workshop “Teaching with Collections,” University of Reading, June 2019

“Research on Color Matters: Towards a Modern Archaeology of Ancient Polychromies,” International Conference “The Meaning of Color in the Sciences,” Berlin-Humboldt University, July, 2018

“A River Runs Through It: Circulating Materials by the Acheloos River in Ancient Greece,” Boston, Annual Meeting of the Archaeological Institute of America, January 2018

“Promising Stories: New Research on Paints and Pigments in Ancient Persia and the Near East,” Opening-day Symposium for “Gods in Color: Polychromy in the Ancient World,” San Francisco Legion of Honor Museum, October 2017

“Cultural Heritage in Yemen: A Year in Review,” World Heritage Day, co-organized by the American Schools of Oriental Research and the Archaeological Institute of America, Smithsonian Institution, Hirshhorn Museum, April 2016