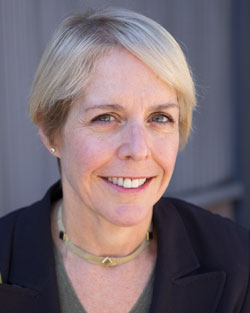 Mary E. Davis, who has served as dean for the School of Graduate Studies since 2012, specializes in cross-disciplinary studies of fashion, music, and culture. Her most recent book, Ballets Russes Style: Diaghilev’s Dancers and Paris Fashion, earned praise in sources ranging from The New York Times and The Guardian to The Chronicle of Higher Education and specialized academic journals. Her earlier books include the monograph Classic Chic: Music, Fashion, and Modernism, short-listed for the Costume Society of America’s Millia Davenport Publication Award, and the biography Erik Satie, published in the Critical Lives series at Reaktion Books. She has published numerous book chapters and essays, including “Styling Le Sacre: The Rite’s Role in French Fashion,” to appear in the forthcoming volume The Rite at 100, 1909-2009 (Indiana University Press); “Refashioning the Fashion Plate: Poiret in Context,” which appeared in the catalog for the Metropolitan Museum of Art’s 2007 exhibition on Paul Poiret; “Chanel, Stravinsky, and Musical Chic,” published in the journal Fashion Theory. Davis has been a featured speaker at institutions including New York University, Parsons The New School for Design, Harvard University, Boston University, UCLA, and the University of Montreal; she also participates in dialogues, conferences, colloquia, and symposia. Her work has been translated into languages including Spanish, Portuguese, and French.

Davis also pursues scholarly interests in popular music. In her previous position at Case Western Reserve University, where she was a professor and chair of the department of music, she served as liaison to the Rock and Roll Hall of Fame and Museum and led the successful effort to establish the university’s Institute for Popular Music Studies. She managed a number of collaborations between CWRU and the Rock Hall, most notably the annual Music Masters series, a weeklong program of public events that culminates in a major conference for academics and musical artists. Her publications in the field of popular music studies include the book Waiting for a Train: Jimmie Rodgers’s America.

Davis served as associate director at CWRU’s Baker-Nord Center for the Humanities from 2006 to 2012. In addition to designing public programming and overseeing curricular and scholarly initiatives, she played a key role in securing a major grant from the National Endowment for the Humanities. She was involved in forging partnerships between CWRU and numerous institutions, including the Cleveland Orchestra, the Cleveland Museum of Art, the Cleveland Institute of Music, the Orpheus Chamber Ensemble, and the Museum of Contemporary Art, Cleveland.

At FIT, Davis has worked with faculty to enhance collaborations with industry partners and educational institutions in New York City and across the globe. During her tenure, the School of Graduate Studies has grown to include a new MFA program in Fashion Design, and is renovating its main hub of classrooms and laboratories. A highlight of the renovation will be a new Graduate Student Commons, designed to allow students to pursue interdisciplinary research and creative projects.

Davis earned PhD and AM degrees in musicology from Harvard University, where she was a Whiting Fellow. She holds an MA in musicology from the New England Conservatory of Music and an MM in piano from the Peabody Institute of Johns Hopkins University. She earned her undergraduate degree in music from St. Mary’s College at Notre Dame.